The sun is rising over Bali’s Saba beach and dozens of people have gathered in yellow t-shits emblazoned with the words, “I am a Trash Hero.” Within an hour, they have collected a dumpster’s worth of waste. Over a megaphone, Wayan Akasar encourages and thanks the volunteers. Akasar is the chairman of Trash Hero Indonesia, a community group with 38 chapters across the country, 14 of them in Bali.

A professional tour guide, Akasar loves showing visitors from around the world Bali’s stunning rice-paddies and dramatic volcanic black sand beaches. But when they began complaining about the island’s waste problem, he felt compelled to take action. 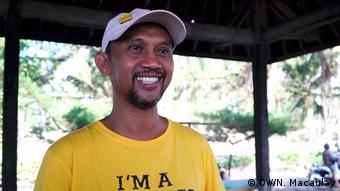 Now he coordinates weekly cleanup events via social media, that have seen volunteers collect over 15,000 kilos of plastic trash in a year.

Earlier this year, a video of a British diver navigating a nightmarish soup of plastic bags and food wrappers off the coast of Bali went viral, sparking calls for action to tackle ocean pollution.

Indonesia is the world’s second-largest source of marine plastic waste after China. The country used an astounding 9.8 billion plastic bags in 2016 alone. Many of them end up in rivers and the ocean — marring the island’s idyllic vistas. Seeing a threat to its tourism industry, Indonesia has committed to cutting plastic waste by 70 percent by 2025.

Akasar knows his Trash Heroes are just part of the solution – ideally plastic waste should never get into the environment in the first place. “It’s more important that we educate the people on how to deal with their trash and not use plastic,” he says. “Step by step, we try to inspire people and hope they will help keep Bali clean for the future.”

The volunteers’ work on Saba beach done, Akasar drives over to see his friend Nyoman Adi Artana at his plastic waste plant, where a hydraulic press crushes 5,000 bottles into approximately 1 cubic meter, weighing up to 140 kilos. An average day’s work processes three truck-loads, around 1,600 kilograms, which are sent for recycling on goods trucks that would otherwise return empty to Java.

Each bale earns the plant around $4. “There is not a lot of money to make this kind of thing. Plastic is not a sexy business,” Adi Artana says. Too often, you see people throwing trash into rivers or burning plastic on the side of the road. Nyoman Adi Artana wants to set a better example, getting more and more people to recycle plastics after use.

And one Bali-based company is working at the production end of the equation too, using bioplastics that could, with development, cater to large parts of current plastics demand. Bioplastics are biodegradable materials made from plants like seaweed and cassava, or bacterial processes. 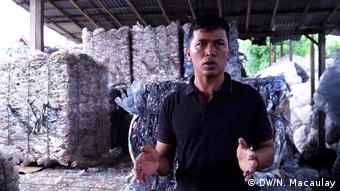 Avani Eco converts cassava, abundantly available in Indonesia, into plastic bags and straws, and turns sugar cane fiber into takeaway containers. “Here in Indonesia, we are growing about 25.2 million pounds of cassava annually,” Kevin Kumala, the company’s co-founder, told DW. “When it comes to the commodity price, cassava is the most economical commodity available in the country.”

Founded in 2014, Avani Eco now has 95 staff and 20 machines, which can churn out 40 tons of cassava bags per month. Kumala is convinced that by facing up to its ocean pollution crisis Bali will set a powerful example.

“We have been fortunate to have our stakeholders who became our partners and distributors visiting the island and wanting to invest in the company and bring the technology back to their home place,” says Kumala. 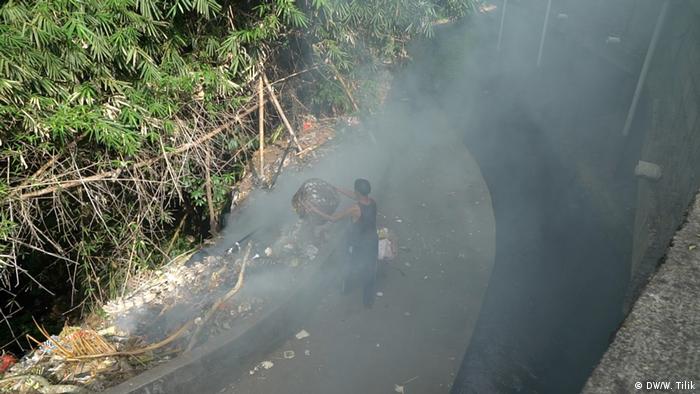 The most distinctive items to come out of the Bali factory are “I’m Not Plastic” cassava bags. They cost 50 percent more than regular plastic bags, but Avani are still in the early stages of scaling up their output and expect economies of scale to bring the price down with increased demand and bulk production. 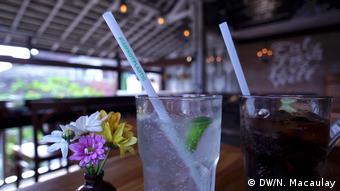 “Given the higher price of our products, the challenge is definitely convincing customers like supermarkets and retail chains,” Kumala says.

But it’s a challenge his company is ready to take on: “We see ourselves as a disruptor in the marketplace. Being a disruptor, you cannot be comfortable. Each and every day we’re doing a lot of research and development, improving our product.”

“I think the utilization of plastic will drop as much as 70 even 80 percent 10 years down the road,” he adds. With growing interest from the Middle East, Caribbean and East Asia, Avani’s biggest challenge may one day be keeping up with demand.

Bali takes on plastic pollution have 1520 words, post on www.dw.com at January 31, 2018. This is cached page on Travel News. If you want remove this page, please contact us.