Korea’s biggest game developer Nexon is up for sale amid an overall decline in the industry.

Banking insiders on Thursday said Kim Jung-ju, Nexon founder and CEO of its holding company NXC, has appointed Deutsche Securities and Morgan Stanley to supervise the sale of the 98.64-percent stake in the holding company held by him, his wife and his own company, Wisekids.

Kim majored in computer engineering at Seoul National University and received a PhD from the Korea Advanced Institute of Science and Technology before launching Nexon in 1994 when he was just 26.

NXC said it will reveal details later, but company staff are apparently aware of the yard sale. The sale is expected to fetch more than W10 trillion (US$1=W1,127). The total market cap of Nexon on the Tokyo Stock Exchange stands at 1.26 trillion yen, so NXC’s stake is worth more than W6.5 trillion.

Industry sources believe the value increases to around W10 trillion if the management rights NXC holds in Norwegian stroller maker Stokke, Korean cybercurrency exchange Korbit and Lego parts exchange BrickLink are included. Industry watchers believe Kim decided to sell his stake because he has been facing prosecution for bribery for almost two years at a time when the game industry is in a slump.

One industry insider said, “It’s been more than two years since Kim handed over daily management of Nexon Japan to Owen Mahoney. There was widespread speculation that he lost the will to manage a game company some time ago.”

Another possible reason for the sale is a failed attempt to acquire NCsoft in 2015 and a lack of new growth engines. “Kim believes it is impossible for Nexon to compete with global game companies in the current circumstances,” another insider said.

Nexon’s earnings have been declining, the only source of solid revenues being W1 trillion in royalties income coming in from China, while most of Nexon's other businesses are failing to generate profits.

There is speculation that Kim opted to put Nexon on the open market because negotiations with China’s Tencent fell through. Global hedge funds such as KKR and TPG are rumored to be interested in buying, and the sale of only the Japanese game unit is also a possibility.

One Nexon staffer said, “Kim is still attached to NXC’s new businesses such as cybercurrency or blockchain technology.” Nexon staff are worried about their jobs. One employee said, “I would sell it off if I was the owner if you look at all of the regulations the government is imposing on us.” 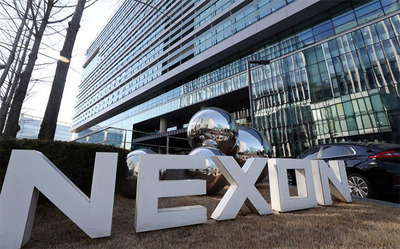 Netmarble to Form Consortium for Takeover of Nexon

Game Giant Nexon up for Sale have 793 words, post on english.chosun.com at January 4, 2019. This is cached page on Travel News. If you want remove this page, please contact us.