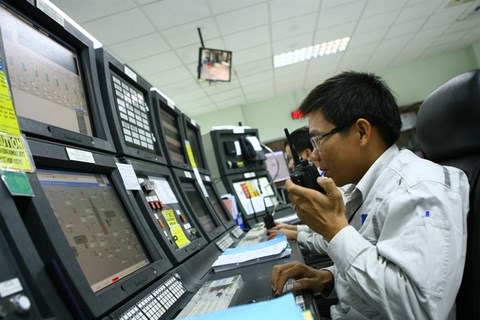 Hanoi (VNS/VNA) – The Binh Son Refining and Petrochemical Corporation (BSR) has filed for listing on the Hanoi Stock Exchange , the northern market regulator said on June 2.

The company plans to list more than 3.1 billion shares on the northern stock market, representing its charter capital of 31 trillion VND (1.34 billion USD).

BSR is trading its shares on the Unlisted Public Company Market (UPCoM) with code BSR.

If approved, BSR will become the largest listed firm by charter capital on the Hanoi Stock Exchange (HNX).

The largest refining and petrochemical firm debuted on UPCoM on March 1, 2018 at 31,300 VND per share.

The company has trimmed its total revenue and post-tax profit targets for 2020 by 21.5 percent and 59 percent on-year to 80.7 trillion VND and 1.18 trillion VND, respectively, if crude trades at $60 a barrel on average in the year.

In January-March, BSR recorded a net loss of nearly 2.35 trillion VND as oil prices dropped sharply from an average of 67 USD a barrel at the end of 2019 to 31.8 USD a barrel in the first three-month period, caused by the global coronavirus outbreak, which dampened global trade and economic growth.

Despite the recovery, BSR estimated it will suffer a loss of 2 trillion VND in the second quarter. According to Bao Viet Securities Co (BVSC), the global pandemic may be controlled in the remaining months, global trade and crude prices will recover and move up steadily.

BSR is also expected to develop a plan in which its parent National Oil and Gas Group (PetroVietnam or PVN) will cut its ownership in the firm from 92.12 percent./.

Binh Son Refining and Petrochemical files for listing on HNX have 435 words, post on en.vietnamplus.vn at June 4, 2020. This is cached page on Travel News. If you want remove this page, please contact us.