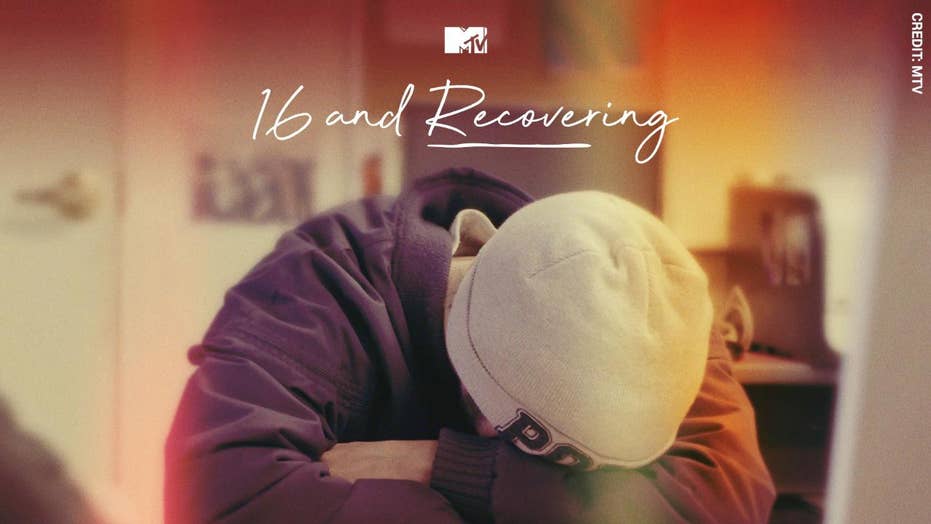 Northshore Recovery High principal Michelle Lipinski of MTV’s ’16 and Recovering’ reveals how she copes with students suffering from addiction. The limited docuseries, which sheds light on how the opioid epidemic impacts teens, is airing during National Recovery Month.

Northshore Recovery High School is anything but ordinary.

In this learning institution, students are greeted with hugs and "I love yous" from their principal. They text their teachers if they've smoked marijuana or taken pills the night before. They also must take no-nonsense drug tests.

The goal is to save them.

The Beverly, Mass. public school, which is aimed for teens battling addiction , is the setting of MTV's limited docuseries titled "16 and Recovering," which is airing during National Recovery Month. The series follows nine students who are determined to earn their diplomas. They are guided by faculty members- – who have gone through their own experiences with addiction — as they experience the complexities of treatment, financial barriers and even loss.

The show is by Emmy-nominated filmmaker Steve Liss and Regina K. Scully of the Artemis Rising Foundation. MTV is also collaborating with the National Institute on Drug Abuse (NIDA), part of the National Institutes of Health, to provide information and resources on 16andrecovering.com . The online hub will encourage conversations about the series and opportunities for people to get involved in their communities.

Principal Michelle Lipinski told Fox News she wanted the opportunity to publicly address some misconceptions about her students.

"I think the biggest misconception is that these students are bad," she explained. "And the reality is these students are sick and we… need to put every resource possible to get them better. And as soon as they get better and they get into recovery, a lot of the stuff that they did in the past goes away right there. I mean, mental health improves [and] substance use obviously reduces."

Northshore Recovery High School, which first opened its doors in 2006, aims to offer students a safe, supportive space in an academic and therapeutic environment. It not only provides support for families in need, but it offers counseling while complying with graduation requirements.

The series covers the highs and lows of getting help. In one episode, a student relapses and comes to school high. There's also a moment when Lipinski has to tell her students that one of their own died from an overdose.

CAROL BURNETT REMEMBERS HER LATE DAUGHTER CARRIE HAMILTON: 'WE WERE JOINED AT THE HIP FOR A WHILE THERE'

"I don't take it personally when a student relapses," said Lipinski. "It's just part of the process. For me, I anticipate it. Every student that comes with us has a relapse protection plan. And in that plan, [it] states what we're going to do when or if they relapse. And I think we follow that plan closely. We see the relapses obviously far before they actually happen. There's something that's always preempting that. And I just start over again. Really, you can't take it personally when someone's relapsing. It's a relapsing disease."

Lipinski is aware many parents tuning in may wonder what's causing students to be impacted by the opioid epidemic at such a young age. She pointed out there are numerous factors, including bullying, trauma and social pressures, among others. She also shared many students self-medicate to cope with mental health issues, such as depression and anxiety.

"I can go on and on," she said. "I think when they use these substances, they don't know when they're walking into addiction because their adolescent brain is different. Their social expectations are different. There's so much stigma around it that they don't tell us when they think they need to stop… And I think preexisting mental health conditions are probably the number one driver of adolescent addiction.

"What I think we need to do is have those brave conversations," she continued. "We need to all get together as a community and change our language and our policies and the way that we approach adolescents who might be struggling with addiction."

'BELOW DECK' STAR CAPTAIN LEE ROSBACH HONORS SON AFTER FATAL DRUG OVERDOSE: 'IT'S NEVER OUT OF YOUR MIND'

MELISSA ETHERIDGE OPENS UP ABOUT LOSING HER SON BECKETT TO OPIOID ADDICTION: 'I'VE BEEN TALKING TO MY ANGEL'

But not every episode of "16 and Recovering" is heart-wrenching. Lipinski said there are plenty of moments that show audiences how determined these students are to turn their lives around even when faced with tragedy. Lipinski, who pointed at her tattoo that reads "hope," insisted there's light to be found in the darkness.

"I see such beauty," she said. "For every story that is tragic, there's 50 that are hopeful… We’re in the middle of an opioid epidemic, but I think recovery is possible. That's what I want people to see from the show. For every tragic story, and they are horrifyingly tragic, we need to find hope with the other stories."

Michelle Lipinski of MTV’s ‘16 and Recovering’ reveals how she copes with students suffering from addiction have 1383 words, post on www.foxnews.com at September 9, 2020. This is cached page on Travel News. If you want remove this page, please contact us.