A row over Universal Credit has erupted after Labour called a debate to vote on extending a temporary £20 weekly rise in payments to help families during the coronavirus pandemic.

Downing Street has accused Labour of pulling a “political stunt” after calling the Universal Credit debate – an issue the government says it has not decided on yet.

He said “in their heart of hearts”, Tories would back Labour’s move.

A vote is planned for this evening, but as it is an opposition day vote – when non-government parties get to debate topics of their choice – it is not seen as binding on the government.

The government temporarily increased the benefit to help families through the pandemic, but that extra £20 is due to expire in April, potentially affecting six million families.

Mr Johnson messaged Conservative MPs to tell them to abstain from voting, accusing Labour of “inciting the worst kind of hatred and bullying”.

He refused to say whether the uplift would continue and instead defended the support offered, adding: “What we have said is we will put our arms around the whole of the country throughout the pandemic.”

“I don’t think you could fault the government for supporting people, we will continue to do that,” he said.

“It’s the policy of the opposition to abolish Universal Credit altogether, which I don’t think is a sensible way forward.” 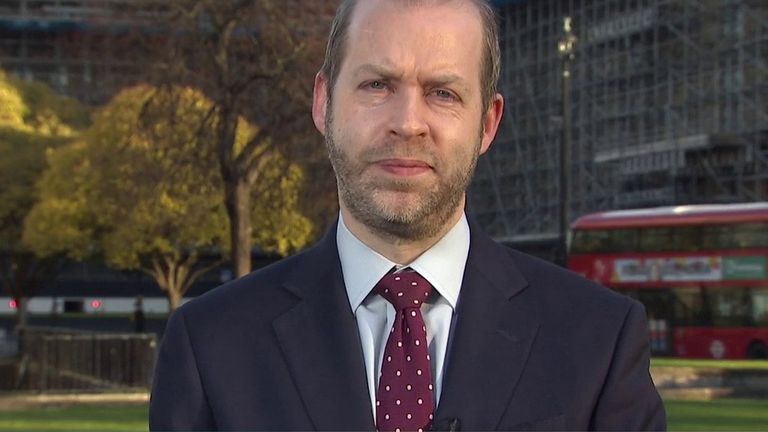 The PM’s press secretary, Allegra Stratton, insisted no decision has been made about whether to keep the uplift.

“MPs are being told to abstain because today is not the day when we will be announcing our next steps on the £20 Universal Credit uplift,” she said.

“This is an opposition day debate. It is them making families up and down the country concerned they will not be able to get the food they might need during the February half-term, when that is not true.

“Labour is pulling a political stunt because they know that children who could go hungry during the February half-term will not go hungry because of the policy that is in place.”

She said Chancellor Rishi Sunak will provide further information on the next steps for the temporary Universal Credit increase “shortly”.

Mr Sunak is reported to be considering giving Universal Credit claimants a one-off payment of £500 instead of extending the uplift, as he is concerned it could then become permanent.

He and the PM are also facing calls from their own MPs to instead extend the £20 weekly rise, with the Northern Research Group (NRG) saying ending it now would be “devastating”.

In a statement issued on behalf of the group’s 65 MPs, Carlisle MP John Stevenson said it had been a “life-saver” for people through the pandemic.

They asked for the uplift to be extended until restrictions are lifted.

Sir Keir said failing to give families a “helping hand” through the pandemic would “slow our economic recovery as we come out of it”.

He added that it was a “completely false point” for the Tories to criticise him for suggesting the increase be maintained while he called for Universal Credit to be scrapped and replaced.

“Nobody’s talking about scrapping it in the middle of a pandemic,” he said.

Charities are also pressuring the government into keeping the uplift, with Action For Children saying the case against cutting it “couldn’t be clearer” with unemployment set to peak in the summer.

Barnardo’s chief executive Javed Khan said the government must make it permanent “to stop hundreds of thousands of people falling into poverty”.

COVID-19: Universal Credit row erupts as Labour calls vote to extend £20 weekly increase have 913 words, post on news.sky.com at January 18, 2021. This is cached page on Travel News. If you want remove this page, please contact us.