Since last year, local Tinseltown has been welcoming with open arms several young and new acts, including those born from parents who've made the performing arts their main careers.

Among these are Arabella Davao, the youngest daughter of actors Ricky Davao and Jackielou Blanco; and Kaila Estrada, whose parents are John Estrada and Janice de Belen. Recently, they both contracted Star Magic to handle their careers.

In a virtual media gathering, Arabella, who finished her international studies course in 2019, said she refused to feel pressured in terms of matching her parents' accomplishments. "Their achievements are theirs. I know that I am also capable of having my own. That is what I will tell myself when I reach the point when I'm already feeling that pressure." 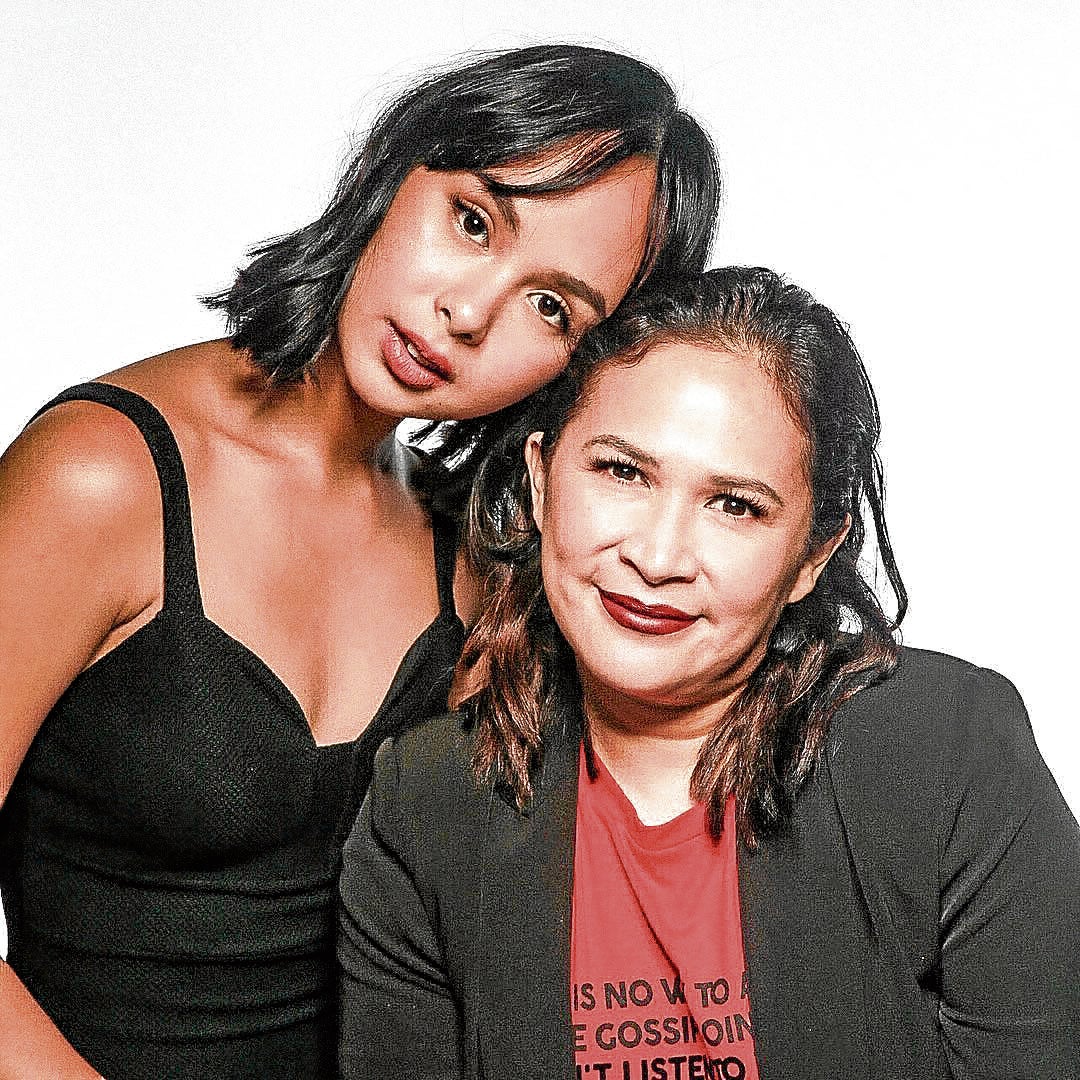 Start of a dream

Kaila, meanwhile said she only decided to get into acting in 2019, when she "reached a point in my life when I'm ready to get out of my comfort zone and explore. This is something that's been in the back of my mind for a while. I just never thought I had what it took and I also wasn't confident enough yet. I'm still working on that now but, so far, I've been really happy to be here."

The third daughter of John and Janice added: "I'm grateful that I've been learning so much. I'm really in love with the craft now. I feel that maybe this is really meant for me."

Arabella, on the other hand, said she has long realized her dream of becoming an actor. "It was during my early grade school days. I joined school plays and attended dance classes. I enjoyed performing so much. It's just that I chose to focus first on my studies. Now, the time is right, so here I am. My parents are super supportive because they know this is what makes me happy."

Arabella was also asked if she was already emotionally ready to be compared with her other relatives who are also into show biz, like her cousin Janine Gutierrez, who only recently bagged a significant acting award for Rae Red's "Babae at Baril."

To this, Arabella replied: "Wow! I didn't see that question coming. I really don't feel the need to compete with my relatives because what Janine has achieved will be different from what I would accomplish later on. I'm happy that I have mentors like her, whom I can always call up when I need help with acting. I expect that my dad would be a big help, too. He's just there." 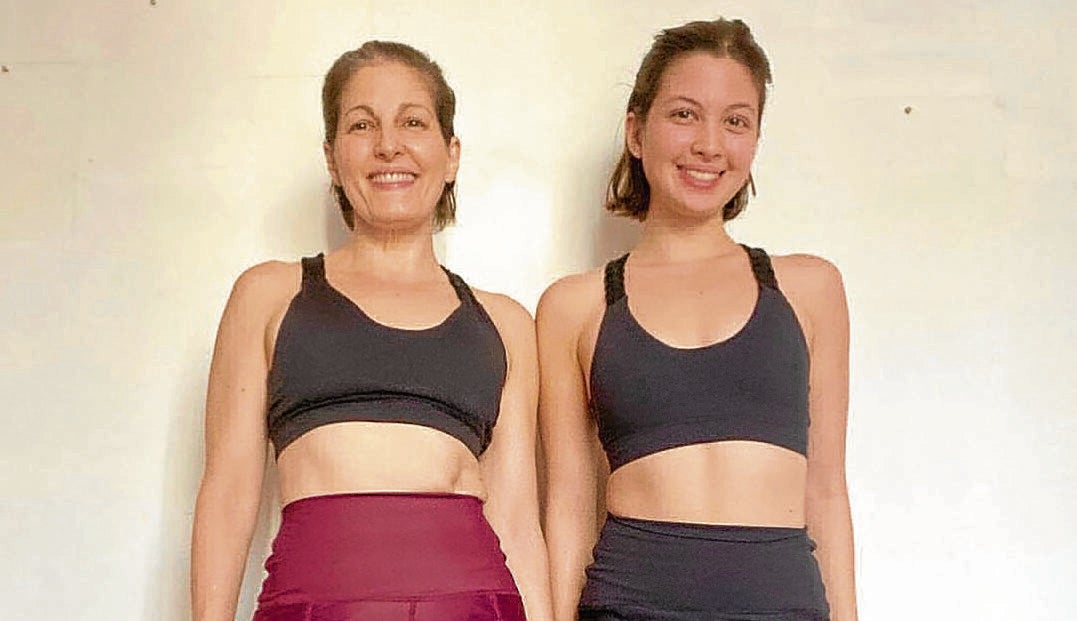 As to which Star Magic artist she hoped to work with in the future, Arabella said, "the first thing that comes to mind is Joshua Garcia. He's really my idol when it comes to acting. I feel that I will be able to come up with the right emotions for the right scenes when I work with him."

When it was time for her to talk about her mentors, Kaila recalled the advice she got from her parents and eldest sister Inah. "My mom would often say, 'Just be true to yourself. You don't have to change a thing. Just do your best in everything you do.' My dad kept telling me to do my best but also to stay humble. I feel like we've all heard the same from our parents, so it's really my Ate Inah who has been super helpful in this journey," Kaila said.

"The advice that my parents give is different from my sister's, especially since they have been doing this job for quite a while now. This is already second nature to them. My sister has fresher eyes when it comes to being in this business. That's why I like listening to her advice. Her experiences are more recent," she added.

Kaila said she often texted Inah while she was inside the bubble for the new Kapamilya teleserye "Viral." She recalled: "I would ask her, 'Ate, how do you memorize long lines for a monologue?' or 'What do you do for this particular scene?' She texted me a lot during lock-in taping to ask how I am. She's like, 'drink lots of water,' or 'sleep early.' I appreciate her more now that I'm starting."

Before trying out acting, Kaila said she wanted to do so many things, "but couldn't decide just on one thing. I had wanted to be a tattoo artist, a barista, a doctor and a crime investigator. Even now, I still don't think there's a limit to what you can be, as long as you're willing to work hard and it's really what you're passionate about. Right now, my passion happens to be acting. I guess if the role permits, I can still be all of those things."

"I want to also discover what I'm capable of, so I want to try everything," Kaila said when asked what her dream roles are. "I want to do character roles, those that are very eccentric and different from who I am. Also, doing comedy is actually very difficult. I want to explore that as well."

Both Arabella and Kaila were asked why they chose to join the Star Magic group. To this, Kaila said: "I feel that I can reach my full potential here. Notice Star Magic's roster of talents and the longevity of their careers. I want to have that as well. I know I will be well taken care of here, just like what everyone is saying."

For Arabella, who said she grew up watching Star Magic artists and their movies, "it's really the fact that they have always produced quality products since then. I know I'm in the best hands. I hope to try doing drama or romantic-comedy projects soon."

2 show biz hopefuls nix pressure of having famous parents have 1391 words, post on entertainment.inquirer.net at July 29, 2021. This is cached page on Travel News. If you want remove this page, please contact us.