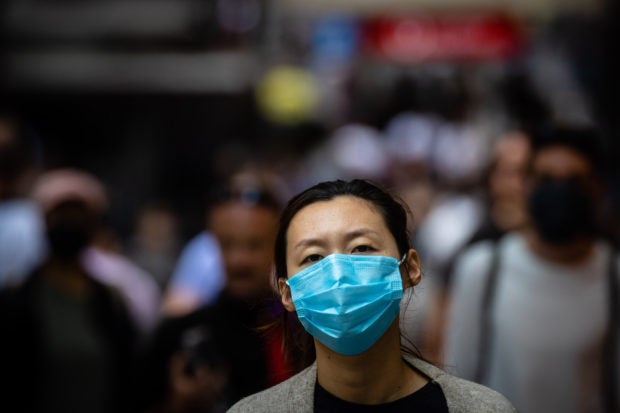 A woman wears a mask as she walks through the Queen Street Mall in Brisbane on Jan. 8, 2021, as Australia's third-largest city headed into lockdown and borders set to tighten nationwide after a cleaner at a quarantine hotel contracted the UK coronavirus strain that appears to be more infectious. (AFP)

BRISBANE, Australia — Australia's third-largest city of Brisbane and other parts of Queensland state will enter a snap COVID-19 lockdown from Saturday as authorities race to contain an emerging outbreak of the Delta strain.

Millions of residents in the city and several other areas will be placed under stay-at-home orders from Saturday afternoon for three days, state Deputy Premier Steven Miles said.

"The only way to beat the Delta strain is to move quickly, to be fast, and to be strong," Miles said.

Six new cases were reported Saturday in a cluster of the Delta variant initially linked to a school student, resulting in pupils and teachers at two schools being placed into isolation.

In the "strictest lockdown" the city has enforced, residents will only be allowed to leave their homes for essential reasons, including buying groceries and exercising.

Brisbane's snap lockdown comes as Australia's largest city of Sydney and its surroundings completed a fifth week of lockdown, with authorities struggling to stop the spread of a Delta variant outbreak there.

"We cannot afford to be complacent just because we have done so well so far. We all have to comply with these restrictions," Miles said.

Sydney recorded 210 new local cases on Saturday, slightly down from the record number reached earlier in the week.

Police were out in force around the city, attempting to prevent anti-lockdown protesters from gathering after thousands poured through the streets and sparked violent clashes with officers last week.

With close to just 14 percent of the population fully vaccinated, authorities around the country continue to rely on lockdowns to reduce people's movements and slow the spread of the virus.

On Friday, the country's Prime Minister Scott Morrison outlined a long road out of restrictions — setting a target of 80 percent of the population to be fully vaccinated before the government would reopen borders and end lockdowns.

Australia’s third-largest city of Brisbane to enter COVID-19 lockdown again have 570 words, post on newsinfo.inquirer.net at August 1, 2021. This is cached page on Travel News. If you want remove this page, please contact us.