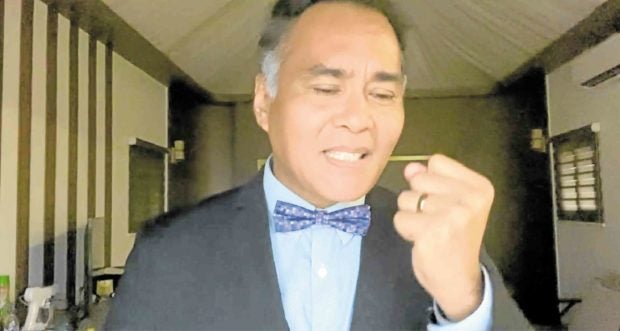 While the whole of local Tinseltown is celebrating his best actor victory at the 78th Venice Film Festival in Italy, it was hard not to notice that John Arcilla had sad, grieving eyes when he faced show biz scribes on Sunday afternoon for a series of postevent interviews.

Obviously lacking in sleep after virtually accepting his Volpi Cup for best actor for Erik Matti's "On the Job 2: The Missing 8" earlier that day, he also admitted to Inquirer Entertainment—the first publication he spoke to and his third interview on that day—that he already felt tired and his throat was already starting to hurt.

However, the reason for John's terribly sad eyes is something totally different. The actor is grieving for the loss of his youngest sister, Tetet, who died of COVID-19 complications only more than a week ago.

"I often say, life is bittersweet because it's always a combination of happiness and pain—that's what life is supposed to be," he told Inquirer Entertainment. "Right now, I just feel like saying, can't it just be happiness and no more pain?"

John, who also made history as the first Southeast Asian actor to have won the award, added: "I was told, 'At least you sort of felt uplifted by this victory.' I said, 'Must everything positive that's happening to us have to have a sad counterpart?' I later realized that I shouldn't look at things that way, that I should change how I interpret the events happening in my life right now. It would also be unfair to me because I've worked hard to get to where I am now. It doesn't mean that I won because God took pity on me. I would rather think that this is His way of telling me that He still cares for me." 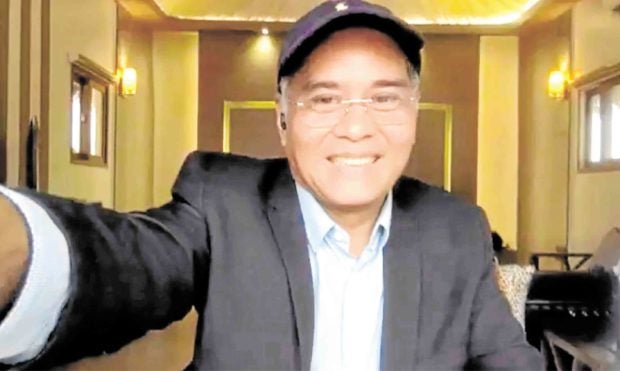 Arcilla during the interview with the Inquirer

"If this victory is a gift from God, then 'thank you so much.' Maybe I can say that this is all part of God's great design for me," said John. "It's true that life is bittersweet. What I want to do now is to try to fill up my cup with happiness. The good feeling I got after receiving the award, I will combine with the happy thoughts I have of my sister, brother and father. I'm sure that if they're here, they will tell me how proud they are of me, just like when I received my first best actor award in 1996."

Matti, in a previous interview with Inquirer Entertainment, mentioned that the "bigger statement" that his film really wanted to make was that while it represented the country at the Venice fest, it is also being streamed on HBO GO—a balance between art and commercialism that is really difficult to achieve.

"That's true," said Arcilla when asked to share his thoughts about it, too. "Filipino films have been traveling all over the globe since the '80s—although this gig in Venice is really big. It's the oldest and one of the most prestigious film festivals. The fact that we're part of the official selection means we already have a high standard in filmmaking.

"So when we landed that stint on HBO GO as well, it only confirmed that we're indeed ready to be seen by a global audience. I guess this means that our filmmakers here are really good. I don't think HBO will take a chance on Erik and on the film if it doesn't think the project won't give back on some accounts. It is just proof that we have indeed arrived. I'm so happy and honored to be a part of all these," Arcilla said.

Asked how significant this recognition is for him as an actor, John replied: "Hopefully, it will open doors, not just for me, but for other Filipino actors. I also hope that this will boost their confidence and make them realize that, 'Kaya naman pala natin.'"

With his newly acquired international stature, John said he hoped to be of some help to the industry. "I can probably be a resource person for something. I want to be able to help instill positive change. What is definite is that I will continue what I'm doing now and strive to make more worthwhile projects, those that are of high quality but, at the same time, entertaining."

John also said he would continue to pray for the pandemic to finally end, "and for those who are taking advantage of the sad situation to amass wealth to finally realize that people are afraid, confused and suffering. It's very unfair to hear that billions of pesos in budget are missing. This could have been used in building more facilities and hospitals, and buying more medicines for those who are sick."

He further said: "I also pray to Him to keep me healthy, as well as everyone I love. Once the pandemic is solved and these abusive people are removed from government, I'm sure that even our health issues will be resolved. We will finally have the freedom to move around and to work on achieving our dreams. I would have been in Italy to personally accept my award if not because of this problem." INQ

Why Venice fest triumph bittersweet for John Arcilla have 1208 words, post on entertainment.inquirer.net at September 15, 2021. This is cached page on Travel News. If you want remove this page, please contact us.