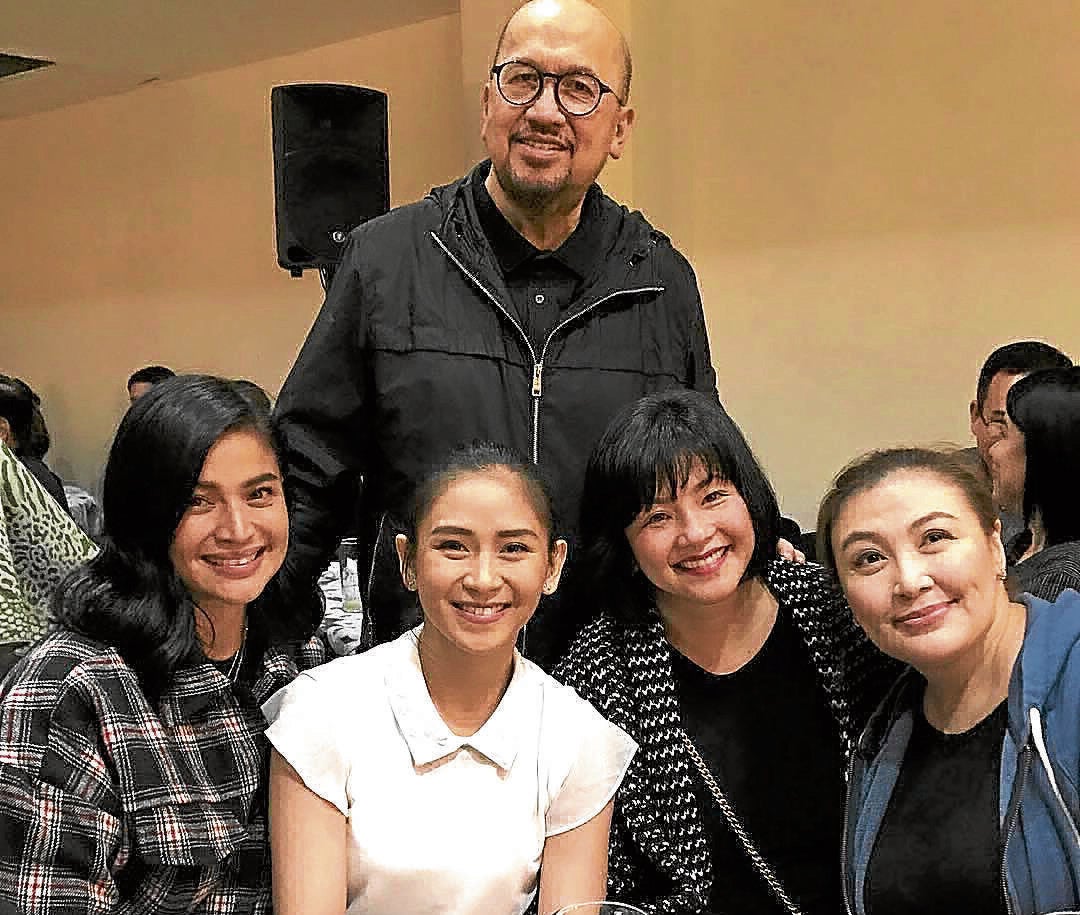 You can't talk about some of the Philippine movie industry's biggest hits and most memorable pop-culture touchstones without any mention of Viva Entertainment and the formidable mind that made all of them possible: Boss Vic del Rosario Jr.

After all, how significant would the filmography of Sharon Cuneta ("Bituing Walang Ningning"), Aga Muhlach ("Bagets"), Sarah Geronimo ("Miss Granny"), Nadine Lustre and James Reid ("Never Not Love You"), and Anne Curtis ("BuyBust") be without the movies that helped turn them into household names and lucrative show biz brands?

In the '80s, there was no other movie production outlet that seamlessly and consistently blended the magic of feel-good teenage flicks and glossy melodramas with unforgettable movie theme songs ("Sinasamba Kita," "To Love Again," "Mahawi Man ang Ulap," "Working Girls," "Init sa Magdamag," "Sana'y Wala Nang Wakas") better than Viva—a standard by which crowd-pleasing films are still conceptualized and created to this day. 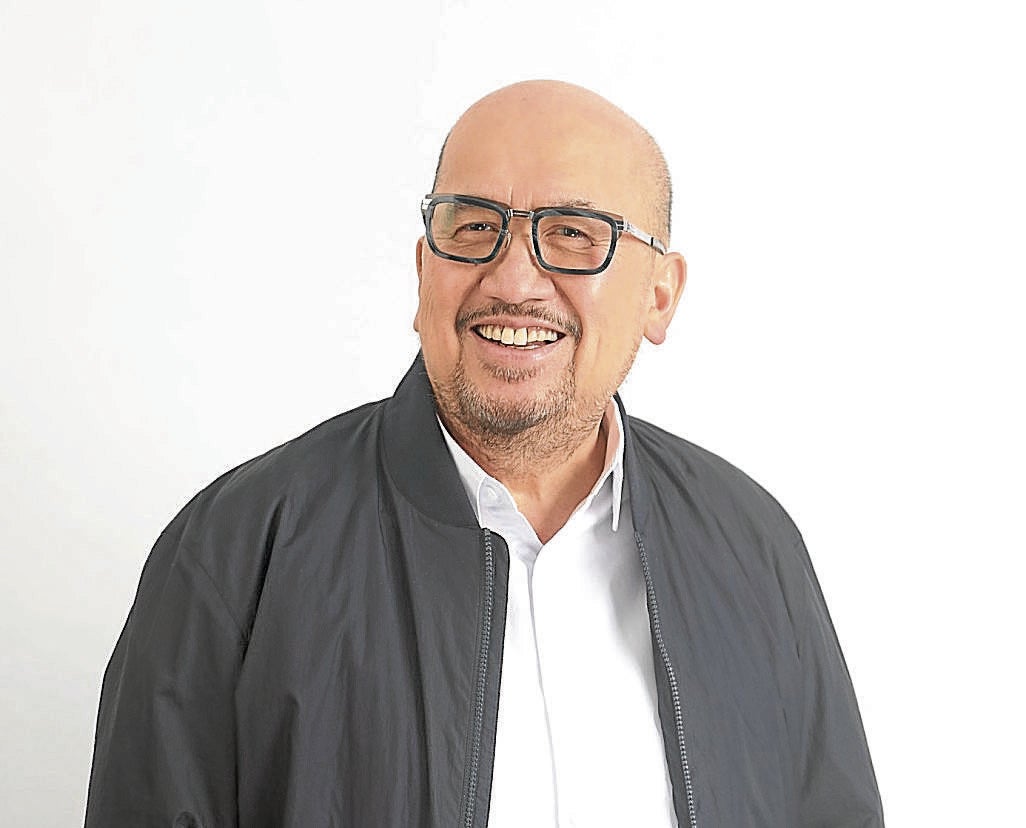 These gems are veritable proofs of a lasting legacy that is truly worth celebrating 40 years after Viva was born on Nov. 11, 1981.

All those aforementioned classics, however, would not have been possible if not for the way Boss Vic and his four kids—spearheaded by Viva president and COO Vincent del Rosario (the others being Veronique, Valerie and their youngest VR)—have introduced future-proofing innovations in the company—the most notable of which is its streaming service Vivamax.

In fact, since its official launch in January this year, Vivamax has so far released 26 original films—and counting!

Even more impressively, the streaming service has kept the company thriving amid setbacks on the live-concert and theatrical-distribution scenes during the pandemic. Ten months after its launch, it has already generated 1 million subscribers in 21 countries around the world.

"Vivamax wasn't really created in response to the pandemic," Boss Vic told us when we talked to him and his son, Vincent, for this exclusive interview. "Now, we're inching closer to the 2-million mark in December, just before we turn 1-year-old by the end of January. We feel that we'll eventually reach 10 million subscribers in no time, especially now that we've gone global. "We just launched Vivamax in the US and Canada today. We're already available in almost all territories around the world—wherever there are Filipinos, we're there. That's what technology does, it allows us to connect with everyone, anywhere. And as you know, Vivamax has enabled us to keep our actors, directors, scriptwriters and production workers busy throughout the quarantine period.

But how did Vivamax come about?

"It certainly didn't happen overnight—although napabilis ang launch namin because of the pandemic," Boss Vic admitted. "Viva has always kept up with the times and trends. In 1981, sinehan lang ang negosyo namin—although I was already in the music and talent-management business. After a few years, we went into the video business (Viva Video), followed by Video City, which became the biggest video-rental shop in the country.

"When everything started going digital, we also embraced the technology—which is something you shouldn't resist, unless you're ready to get left behind. Maiiwanan ka talaga!

"So, when I felt that people here were ready for streaming, I told my son Vincent, whose hard work in the day-to-day operations of the company I'm very proud of, to put up a streaming business, like Netflix, HBO Max and Disney+.

"I wasn't worried about competing with the heavy-hitters. In the US, the average consumer subscribes to four streaming services, so I was sure Filipinos everywhere would also pick one with a vast library of Pinoy content—movies, series, docus, sports, food and lifestyle, concerts and OPM music. We've also been buying and licensing Korean titles in the past seven or eight years, so we have about 400 K-related titles.

"We've even made stars out of relative newcomers in the acting biz, like Angeli Khang of 'Mahjong Nights,' AJ Raval of 'Taya,' and [former Miss International] Kylie Verzosa of 'The Housemaid.' Those are now the top 3 biggest hits on Vivamax.

"It was also a good thing that we had a lot of movies in the can before the lockdown began, so we didn't really lose money from them—although the potential to earn was reduced because of our inability to release them to commercial theaters. Dingdong Dantes' 'A Hard Day,' for instance, was finished before the pandemic, but it's now an entry in the Metro Manila Film Festival." 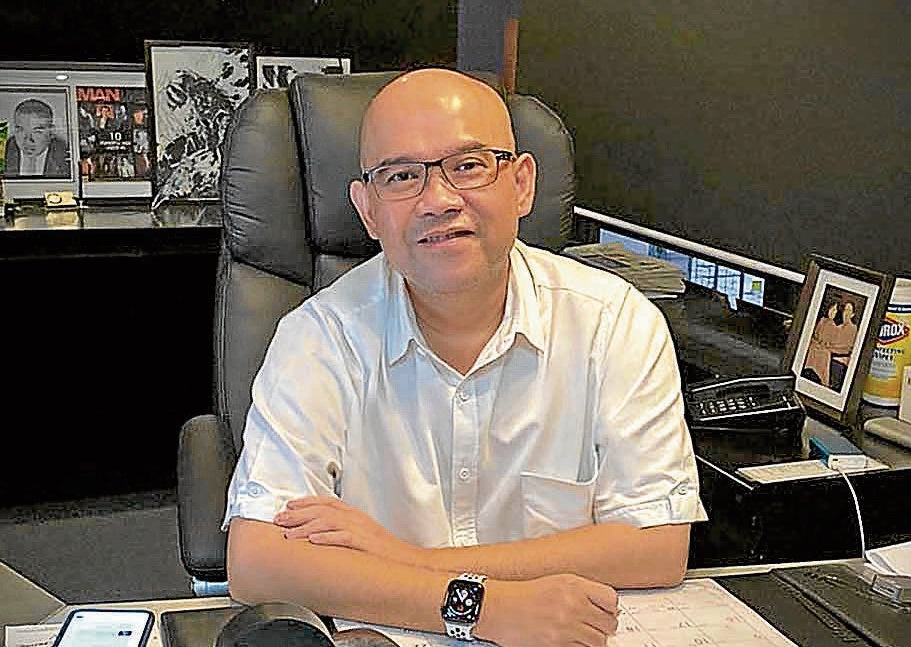 On a more personal note, we also asked Vincent how Boss Vic was as a father and as a boss, and if the lines between the two roles were ever blurred.

"As far as those blurred lines are concerned, his being a father to us will always be 24/7," Vincent said. "He guides us as much as he motivates us, and that's not just for my siblings and me … that also extends to his grandchildren now.

"I've been with Viva for 35 years already, so hinahanap-hanap ko if I don't get calls from Dad. I wonder, 'Meron kaya akong maling nagawa kaya hindi ako tinatawagan (laughs)?' But my siblings and I work well together. As they say, we go to battle as one."

We also told Boss Vic that being a pillar of the Philippine entertainment industry, he'd be the perfect person to write a tell-all memoir—about his experiences as a businessman, producer and starmaker, not to mention his treasure trove of experiences in the movie and music industry. "Actually, I'm halfway through a book about my life with the stars … nahinto nga lang recently," he said. "I thought it's a good idea to share what my life has been in show biz for the past 55 years."

When we ribbed Boss Vic about how some of what we talked about were probably off the record, he quipped, "Naku, 'pag ako nagsalita, walang off the record!" How can you not love the guy?

Here's our chat with Boss Vic:

What was your biggest challenge when you put up Viva Films in 1981?

We were active in the music industry in the '70s, but I waited for the perfect timing to enter the movies. I didn't want to launch it without our own signature star—like, Fernando Poe Jr. was the star of his own company, so was Dolphy (RVQ). And Atty. Laxa of Tagalog Ilang-Ilang Productions and Mother Lily Monteverde of Regal Films had their own stable of talents.

So, it was the perfect time when Sharon [Cuneta] came into our lives. She just did "Dear Heart" for Danny Zialcita—it was a hit, but she didn't get an offer for a follow-up. So I, along with my wife Mina (Salvador), decided to form Viva Films just for Sharon. There's no Viva without Sharon.

On our first year, we produced four Sharon films ("P.S., I Love You," "My Only Love," "Forgive and Forget" and "Cross My Heart"), and every single one of them was a blockbuster. We started producing our hit Vilma Santos starrers ("Sinasamba Kita," etc.) in between. We were very lucky because during our first three years, halos walang mintis sa box office.

How many movies have you produced since "P.S., I Love You"? Did you manage to preserve all of them?

I think we were able to produce around 700 to 800 films, plus we bought 800 more movies—that's around 1,500 titles in Viva's library. We were able to preserve all our master negatives since 1981 because of FPJ.

He advised me to take good care of all of my movies. He said, "They will be invaluable to you in the future, you'll see." But coming from the music industry, I knew that Ronnie was right. We still earn from our music on digital platforms. 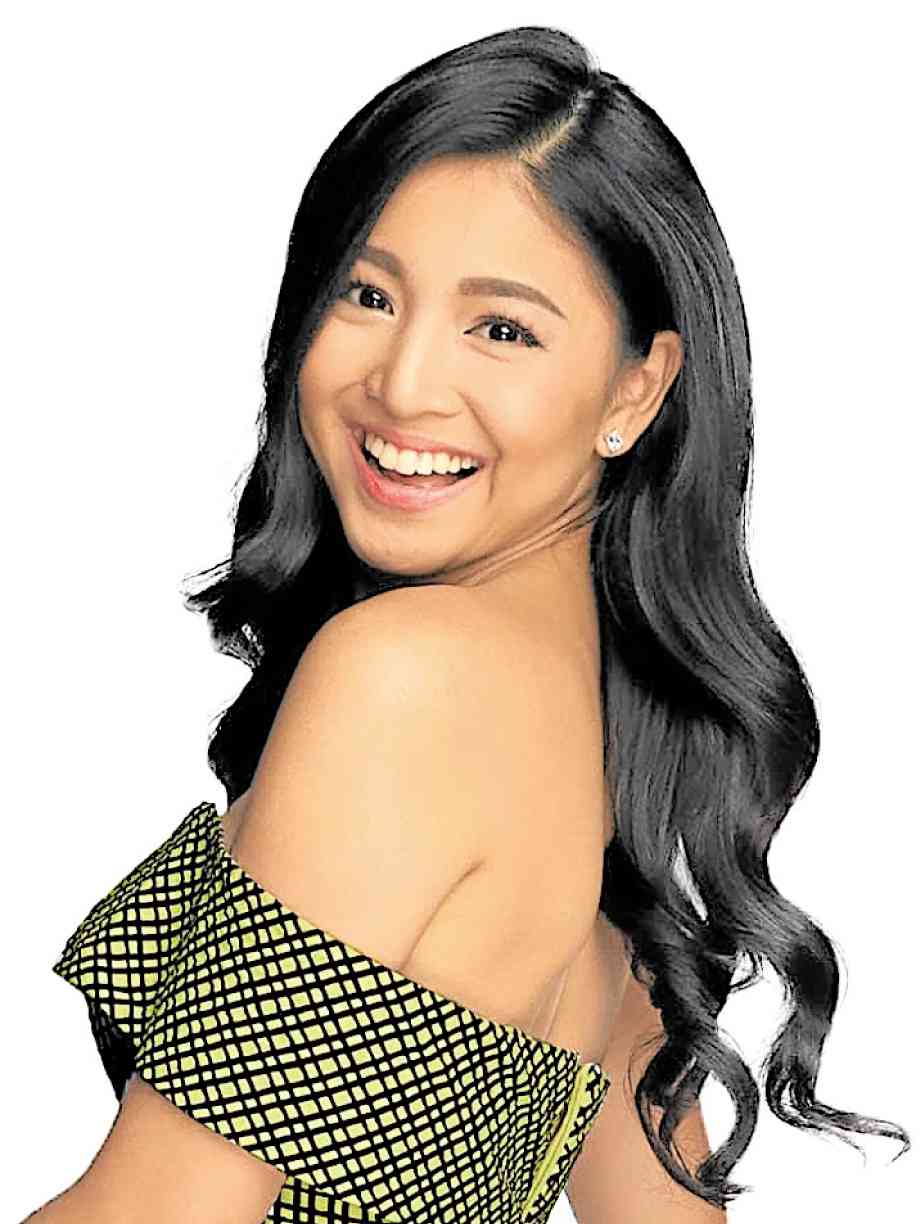 I heard that Nadine is shooting a movie for Vivamax. What can you tell us about that?

Mahal na mahal ko 'yan! She started with me as a singer, but from the very start, I already saw the potential in her, na puwede s'yang mag-artista … so we took good care of her. 'Yun nga lang, after sumikat, nagkaroon kami ng konting pagtatalo about how to interpret a contract—and we won.

We have already settled all our differences—from management issues to the movies—and she has started shooting a new movie with us. OK na kami.

In one of Viva's anniversary years in the '80s, I remember Viva releasing the movies of Nora Aunor, Vilma Santos and Sharon Cuneta one after the other. Why not make one starring all three, especially since Ate Vi is taking a break from politics?

If we find the right script, why not? Pero kailangang naiibang kwento talaga s'ya. Nora did the classic "Flor Contemplacion" film with Viva, while Vilma has had so many big hits with us. I know that Sharon has always wanted to do a movie with Vi. If that happens, that will definitely be a casting coup, 'di ba?

Beyond the image and hype, it's you who know your stars more than anybody in the biz. What can you tell us about Sharon, Sarah Geronimo and Aga Muhlach?

Si Sharon is one of the most loyal artists I know … she's also very loyal to her friends. At dahil masarap s'yang magmahal, kaya s'ya medyo sensitive. But up to now, she never forgets to greet me and thank me 'pag may okasyon. She'll always be a big part of Viva.

On the other hand, wala nang mas ga-gwapo pa kay Aga Muhlach (laughs)! If Vilma is the Star for All Seasons, Aga for me is her male counterpart.

As for Sarah, she is a very creative person. Very few people are aware of the depth of her artistry as much as we do … may lalim talaga. Although business-wise, hindi s'ya masyadong nakikialam, but she's starting to take control of it more and more.

Minsan lang, matagal because mabusisi si Sarah sa detalye. She really enjoys the creative part of it, though—she knows what she wants, so we let her do it her way.

Boss Vic on Sharon, Aga, Sarah, Nadine and Viva’s splashy 40th year have 2034 words, post on entertainment.inquirer.net at November 25, 2021. This is cached page on Travel News. If you want remove this page, please contact us.