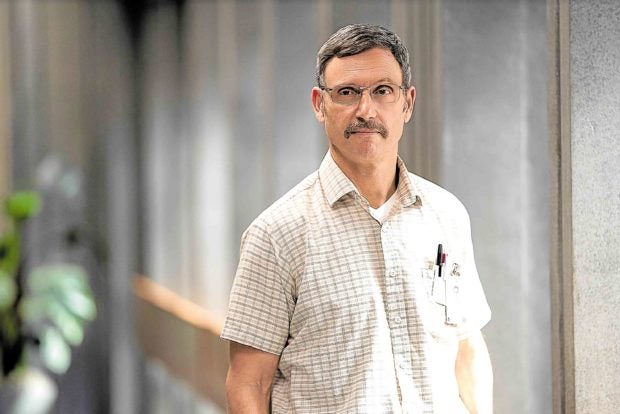 Tony Goldwyn may have had a stellar career as a versatile actor in films and TV shows, but 2021 is shaping up to be a banner year for the handsome 61-year-old star.

While he is best remembered for his roles in Jerry Zucker's "Ghost," Oliver Stone's "Nixon," Edward Zwick's "The Last Samurai" and the political drama series "Scandal," Tony's exceptional "vanishing acts" in this year's "King Richard" and "The Hot Zone: Anthrax" should make him a viable contender when Tinseltown's award-giving bodies start "separating the grain from the chaff."

"King Richard" is the must-see biopic of tennis queens Venus and Serena Williams' indefatigable dad Richard (portrayed by the Oscar-bound Will Smith), while "The Hot Zone: Anthrax" is National Geographic Channel's six-part series, which began airing last Monday, about the hunt for the anthrax killer just weeks after the World Trade Center attacks in 2001.

In "King Richard," Paul Cohen (Tony), who was also John McEnroe and Pete Sampras' trainer, had to "endure" Richard's quirks and stubbornness.

But when we "virtually" attended the TCA (Television Critics Association) panel for "The Hot Zone" recently, both the series' showrunners (Kelly Souders and Brian Peterson) and members of the press couldn't help mentioning how "unrecognizable" Tony was as microbiologist Bruce Ivins.

When asked what else he did besides wearing a mustache to vanish into the role, Tony said, "That's a hard question to answer. But I must say that when I had my first wardrobe fitting, putting on the clothes of Bruce and finding the right glasses in combination with the mustache were a truly transformational thing.

"Add to that discovering a body language for Bruce, which is subtly different from mine. Suddenly, I started to feel like I was quite a different person. So, when I saw it, I was kind of shocked at how different it seemed from me!

"You get very much 'inside' a character when you're doing it that it doesn't seem all that different. But when I looked at it objectively, I thought, 'Wow, that's quite a departure from my everyday self.'"

Kelly added how amazed she was seeing how Tony's process became "transformative" for the role.

"When we were on set, there would be Tony, and then you'd turn around and suddenly [there was something else] … like one shoulder sort of slumped. "I don't even know how Tony created and worked on it with his skillset, but he would, literally, physically change in front of you—and we'd all be like (gasps) … but in a good way. But it was very bizarre to watch that physical transformation happen before your very eyes."

Another big part of Tony's transformation was "internal," made even more potent by the isolation the whole set was feeling courtesy of the restrictive COVID lockdowns.

"[The collaborative process on the set] was very interesting, especially during COVID, because we were all siloed and alone. So actually, it was quite good for this project, for me at least.

"There was really nothing else you could do other than bury yourself in this. But we were all communicating via email, phone or Zoom.

"Then, when we saw each other, we were completely covered in masks! It's quite a bizarre way to work, but it ended up being very creative and productive." INQ

Even Tony Goldwyn was ‘shocked’ at his physical transformation in TV series have 956 words, post on entertainment.inquirer.net at December 1, 2021. This is cached page on Travel News. If you want remove this page, please contact us.