Alden Richards isn't one to publicize his charity work, so not a lot of people know that he has actually been sponsoring education of underprivileged children and young adults for the past eight years.

In fact, some of the scholars themselves didn't know that it was the GMA 7 star helping them go to school.

"It's my food for the soul. Sometimes, in life, when you do the same things over and over again, burnout is always there. To get rid of that burnout, I find scholars or extend help to different foundations. But I don't tell them it's me—I ask others for help and do it for me," he told the Inquirer in a virtual conference for his Jan. 30 documentary-style concert, "ForwARd: Meet Richard R. Faulkerson Jr."

"All I get are photos of them. They don't know it's me," he added. "That's how I have been doing it the past couple of years."

Alden has sent 14 scholars to school: two of them recently graduated college with degrees in information technology and electrical energy, respectively; the others—whose grade levels range from elementary to college—are currently studying.

"There was a time when I had no idea that I already had that many scholars. It's usually after a pay day that I look for new ones to help," he related.

Up until last year, his philanthropic efforts were mostly carried out by him and people he closely worked with. But with the creation of Alden's AR Foundation, Alden plans to expand the scope of initiative.

Formally registered last September, the charity organization aims "to raise and grant funds to scholars who aspire to achieve their full potential" and become "well-rounded, confident and responsible individuals." Education is a matter Alden feels strongly about, he said, because he knows what it was like having the desire—but not the resources—to study.

'I know how it feels'

"Poverty is a hindrance to education. I know how it feels wanting to go to school, but not having means to do so. I experienced that when I was younger. And I don't want that to happen to kids today. With this cause, I hope I can help break the cycle," Alden said.

This project isn't going to be a one-off thing. Now, the 30-year-old actor has a team helping him map out his foundation's future plans. "I have good people behind me. We have talked about how big our budget has to be by 2025 if we were to take this number of new scholars while sustaining the existing ones," he related.

"Granting scholarships is just the first stage… We have bigger plans in the coming years," he added. "We want holistic development for the kids."

Asked why he finally decided to make his efforts public, after years of working behind the scenes, Alden said he wanted to let people know that, "in these trying times," the AR Foundation's doors are open. "I want to let them know that the foundation is there for deserving kids struggling with education," he said. "In fact, we have already gotten a lot of inquiries."

Inspired by documentary-inspired concert specials by foreign artists on streaming platforms, Alden figured that the concept could be an effective way to introduce AR Foundation to the public. "I thought, 'Why not do a concert, so the viewers can have a deeper understanding about how the foundation came about? Where is Alden coming from?'" he said. "I want to show [what] I stand for … fight for." 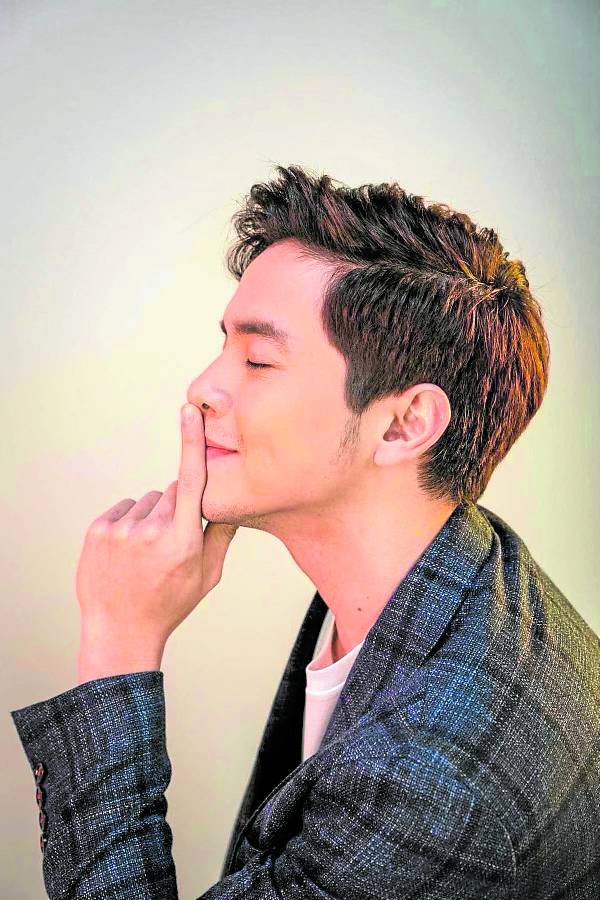 When some members of the show biz press pointed out that it was mature of him to pursue projects that some celebrities think of only toward the end of their careers, Alden said losing his mother at an early age compeled him to grow up faster. "I lost my mom at 17, so I matured early. I got motivated to help others," he said.

"It all started with my family. But now that I'm blessed with a good career, I have a bigger platform to spread influence," he added.

Unlike his previous concerts that put the spotlight on him and his performing talent, the music setlist for "ForwARd" is meant to accentuate its narrative: The life journey of Richard R. Faulkerson Jr.; how he became Alden Richards we know now; the milestones; and the path that led him to creating his own foundation. (For tickets and more information, visit Ticket2me.net and AR Foundation's official Facebook page.)

Directed by Frank Lloyd Mamaril and produced by FLM Creatives and Productions, the fundraising digital show will have Alden revisiting the place he grew up in Laguna, and doing production numbers with his foundation's beneficiaries.

"The way the songs and performances are laid out conforms to the narrative of the documentary… There are mellow and nostalgic songs and something happy and inspirational," Alden said. "What I had been showing about my life in my past shows was just the tip of the iceberg. There's a deeper calling and I want to show that." INQ

Alden Richards’ food for the soul to prevent burnout have 1169 words, post on entertainment.inquirer.net at January 17, 2022. This is cached page on Travel News. If you want remove this page, please contact us.