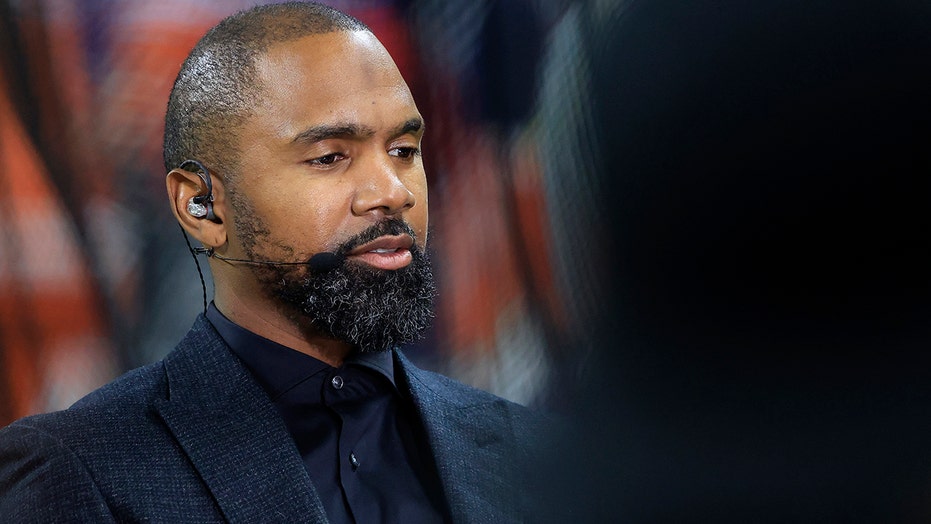 Charles Woodson spoke for all Las Vegas Raiders fans on Sunday when he expressed his frustrations with the officiating during the team's playoff loss to the Cincinnati Bengals .

Woodson admitted the holding calls and false starts hampered the team's momentum but pointed to the erroneous whistle that sounded during a Bengals’ touchdown drive that was the real issue.

Cincinnati Bengals quarterback Joe Burrow (9) throws while being pressured by the Las Vegas Raiders’ Maxx Crosby (98) during the first half of a wild-card playoff game, Saturday, Jan. 15, 2022, in Cincinnati. (AP Photo/Jeff Dean)

The controversy occurred in the second quarter as Bengals QB Joe Burrow threw a touchdown pass to Tyler Boyd . As the ball was in the air, an official blew a whistle. NFL rules state the play should've been blown dead. The touchdown counted, and Cincinnati went on to win by seven points.

“I think self-inflicted is correct – holding calls, false starts,” the former Raiders star said on “FOX NFL Kickoff.” “The whole day, every positive gain we had in that game was called back because of a penalty. If you want to know why the Raiders fans — Raider nation — are always pissed off at the league and the officials it's because of that call yesterday.

“It seems like we're always a part of these games. The whistle blows the play dead. Am I correct on that? … Then the play is over. So really, this is actually a tied ball game right now today. They should go back, take the seven points off the board, and we got to play this game … maybe Wednesday. We can't keep getting these kind of calls like that.”

Walt Anderson, the NFL's senior vice president of officiating, gave a puzzling explanation about when the whistle blew, claiming it came after the touchdown. The explanation contradicted what nearly every fan watching the game on television heard and saw.

“We confirmed with the referee and the crew that on that play — they got together and talked — they determined that they had a whistle, but that the whistle for them on the field was blown after the receiver caught the ball,” Anderson said, per a pool report.

Charles Woodson works as an analyst before the Big Ten Football Championship between the Iowa Hawkeyes and the Michigan Wolverines at Lucas Oil Stadium Dec. 4, 2021, in Indianapolis. (Justin Casterline/Getty Images)

Anderson added the officials “did not feel the whistle was blown before the receiver caught the ball.”

The officiating crew, led by Jerome Boger, is unlikely to work again this postseason, ESPN reported.

Ryan Gaydos is the sports editor for Fox News and Fox Business. Story tips can be sent to [email protected]

NFL great Charles Woodson upset over erroneous whistle in Raiders-Bengals game have 777 words, post on www.foxnews.com at January 16, 2022. This is cached page on Travel News. If you want remove this page, please contact us.