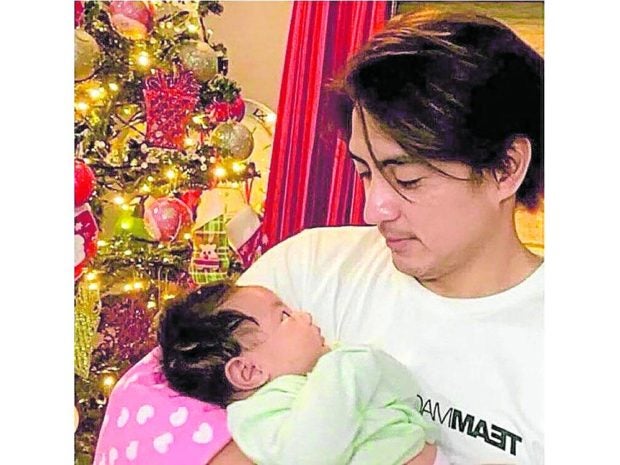 For Wendell Ramos, the toughest thing about the three-month locked-in taping for his current drama series was missing the birth of his new child.

Last Oct. 27, 2021, Wendell and his wife, Kukai Guevara-Ramos, welcomed a baby girl whom they named Maddie. However, it wasn't until December that the actor finally got to hold his "little bundle of joy" in his arms. In the weeks prior, Wendell had to make do with video calls with his baby.

"It's true, it's a very different situation when you're in a locked-in taping. It's difficult because you have a lot of worries. You think about so many things, because you're away from your family. The struggle is there," Wendell said in a recent virtual conference for the second season of the afternoon series "Prima Donnas," which premieres on GMA 7 on Jan. 17.

Wendell has two other children: Tanya, also with Kukai; and Saviour, with a previous relationship.

Prior to the COVID-19 pandemic, actors like Wendell are able to go home after each taping day, and "hug our families and spend time with them." While they're grateful that networks came up with workarounds that allowed them to resume production, there are, indeed, some compromises and sacrifices to be made.

One thing that helped inspire Wendell to keep going was his faith in God.

"Before we begin our work days we would say a prayer … do praise and worship. The spiritual aspect is also important," he pointed out. "We all had challenges to face, loved ones we were worried about. But we have to face this new chapter in our industry. I hope it doesn't last forever, but if this is what we have to do right now, then we will."

And with the support of his costars, Wendell was able to fulfill his duties and "finish the project entrusted to him by the network." "We're blessed to have directors and colleagues who help each other. We know we can't do everything by ourselves," he said. "Not to sound righteous, but we hope we can show that we can do it through prayers and camaraderie."

In their way is the scheming executive assistant Kendra (Aiko Melendez) who will stop at not nothing to win Jaime's affection and control the family's wealth.

"It's a blessing I was given a character like this," Wendell said of playing a company executive, which he doesn't get to do often. "I feel proud and humbled, because the creative team thought of giving me something this challenging … I'm always open to different kinds of roles."

Meanwhile, he had nothing but good words for the three young lead actresses, who have all grown up before his eyes.

"They have become more mature. They were always prepared and I would see them studying their roles even on our rest days … If they see us internalizing our roles, they start doing it, too. When it's time for blocking, nauuna pa sila sa'min," he said. " I can say that they're good examples of maturity and professionalism." INQ

Wendell Ramos finally gets to hold his newborn for the 1st time have 852 words, post on entertainment.inquirer.net at January 17, 2022. This is cached page on Travel News. If you want remove this page, please contact us.