A cargo ship carrying containers is at the Yantian port in Shenzhen following a Covid outbreak in Guangdong province on May 17, 2020. REUTERS

The abrupt pause in economic activities for factories and public transport has created a shockwave for global supply chains.

Those in the tourism sector who wished to see China lift its two-year border closure had their hopes dashed as Beijing vowed to continue with its stringent policy to battle the highly transmissible Omicron subvariant BA.2.

Narongsak Putthapornmongkol, president of the Thai-Chinese Chamber of Commerce, said Thailand might have to wait until the end of the fourth quarter or the beginning of 2023 to see Chinese travellers resume overseas trips.

The new 422-kilometre China-Laos railway running from Kunming to Vientiane has high potential to serve international travel, but remains restricted to cargo service at this time.

Sisdivachr Cheewarattanaporn, president of the Association of Thai Travel Agents, voiced concern about the recent outbreak, saying it has created the worst situation in China since the initial outbreak in Wuhan over two years ago. All doors to the inbound Chinese tourism market have been closed for this year, he said.

“It’s impractical to dream of the Chinese market this year as the mainland must prioritise health and safety within the country, meaning border controls and travel restrictions will remain in place,” said Mr Sisdivachr.

Worries over disruptions to global supply chains, with Shenzhen’s strict controls the latest factor, have led the Federation of Thai Industries (FTI) to encourage Thai manufacturers to depend less on importing components for industrial products.

Industries must be more self-reliant, able to produce necessary components for sale among themselves domestically, he said.

If the harsh measures to contain the spread of Covid-19 in China are enforced for a short period, the impact will be limited, but if they are protracted and spread to other major cities, a scarcity for certain goods may follow, said Mr Kriengkrai.

“Thai factories already stocked up on industrial items, enough to last about 3-6 months,” he said.

The Shenzhen lockdown also caused concern over the impact on transnational goods shipments because it is a port city.

Lockdown measures were blamed for causing container management problems in many countries, resulting in container shortages, which led to increasing freight rates.

The Chinese government’s decision to lock down Shenzhen, a global technology hub, has many observers of the global supply chain on alert.

The FTI is worried about further trade sanctions the US and its allies may impose on oil and gas exports from Russia.

If gas delivery is disrupted by the sanctions, heavy industries in Europe will be affected because one-third of gas sold to Europe comes from Russia.

The prices of steel, wheat and fertiliser have already risen because of the war and the global oil price surge.

Production costs for fertiliser have risen by 36-49% over 2021 levels and are nearly 100% above 2020 levels as the Russia-Ukraine war drives up global oil prices, according to the Internal Trade Department, which recently met with Thai fertiliser entrepreneurs.

Prices of other products are being closely monitored. Russia and Ukraine are key producers of wheat, a key ingredient in food and animal feed. Russia is also a major steel producer and exporter.

The sanctions on Russia remind Mr Kriengkrai of the US-China trade war, which affected the global economy.

“The Russia-Ukraine war will fuel economic disputes between different governments,” he said.

Thailand should brace for this unpleasant trend by beefing up its supply chain security, said Mr Kriengkrai.

During the US-China trade war, Thailand exported more air conditioners, but manufacturers only enjoyed good sales for a short period, as components from China became scarce, he said. 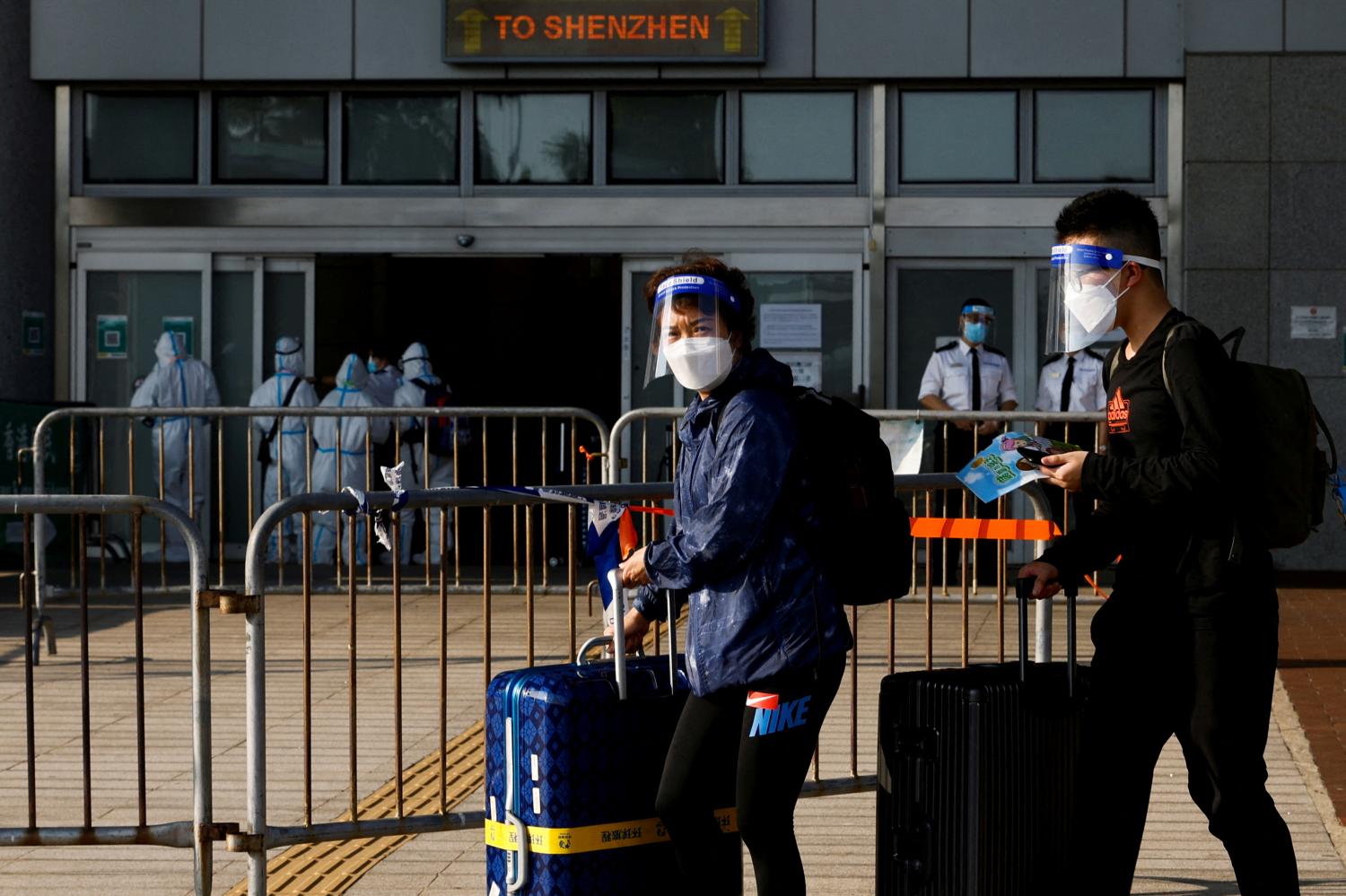 Chinese-made items made up 30% of components for producing air conditioners, with the remaining 70% manufactured domestically.

Thailand imports these items because they are inexpensive, but for the sake of supply chain security, they should be made and sold within the country even if their prices are higher, said Mr Kriengkrai.

“It’s better to pay more for products with higher production costs and continue air conditioner sales than pay more because of a component shortage,” he said.

The FTI has urged the Board of Investment to promote manufacturing of components in various industries in order to achieve supply chain security.

Deglobalisation may be unavoidable in the supply chain context, said Mr Kriengkrai.

NO MAJOR IMPACT, FOR NOW

China’s southern metropolis of Shenzhen is famed as a production hub of tech products including iPhones, with some of the country’s biggest tech firms located there.

On March 13 authorities imposed a major lockdown on Shenzhen following a surge in Covid cases. Some restrictions were eased five days later to make way for the tech hub to function again.

As the implementation of lockdown measures depends largely on new infections, future activity in the region remains unknown as Omicron is highly transmissible.

Narathip Wirunechatapant, chief executive of Jaymart Mobile, the handset distribution arm of SET-listed Jay Mart, said the fresh lockdown in China is likely to have less impact on the supply chain of tech products than the first year of the pandemic, when factories were forced to close.

This time, factories can still operate and not all of them are based in Shenzhen, said Mr Narathip. Jay Mart usually orders products a quarter in advance.

“If there is a problem with the supply, it may show up in the second quarter,” he said.

The semiconductor shortage, however, has been dragging on since last year and is now exacerbated by the Russian-Ukraine war and the partial lockdowns in China, said Mr Narathip.

Sutida Mongkolsuthree, chief executive of IT product distributor Synnex Thailand, agreed the fresh lockdown in China has not yet had a significant impact on the firm’s supply of IT products.

Synnex placed an advance order last year and a backlog was shipped in around January, she said.

Ms Sutida said while notebooks and desktops are still available, some enterprise products such as networking and switching gear supplied by vendors have faced a shortage since last year.

“We have to tell customers to wait or ask them to switch to other brands,” she said.

Although Shenzhen is a production base for light industries such as electronics and textiles, the outbreak of Omicron is not severe and it has yet to affect production, he said.

“As far as we can ascertain, China has managed quite well to contain the outbreaks and no serious impact has been found, as with the previous lockdown measures in 2020,” he said.

Mr Chaichan said the country’s overall exports are expected to fare quite well in the first quarter, helped by higher global demand, but warned the trade performance warrants monitoring now that basic raw materials are more expensive and in some cases scarcer.

“Exporters expect the impact of higher raw material costs on Thailand’s international trade to become more evident in the second and third quarters,” he said.

However, due to rigid travel restrictions during the past two years, it has been hard for Chinese businesses to explore new opportunities or set up industrial and logistics ventures in Thailand.

He said whenever border controls are lifted, there will be an influx of industrial demand, which could drive the Chinese market share to reach 10%.

“We observed the impact from Covid curbs during the past two years as it stalled the growth of the Chinese market,” said Mr Sopon.

“But once such restrictions are removed, there will be a huge opportunity for ready-built industrial property, which can immediately respond to pent-up demand.”

All eyes on China have 1658 words, post on www.bangkokpost.com at March 28, 2022. This is cached page on Travel News. If you want remove this page, please contact us.