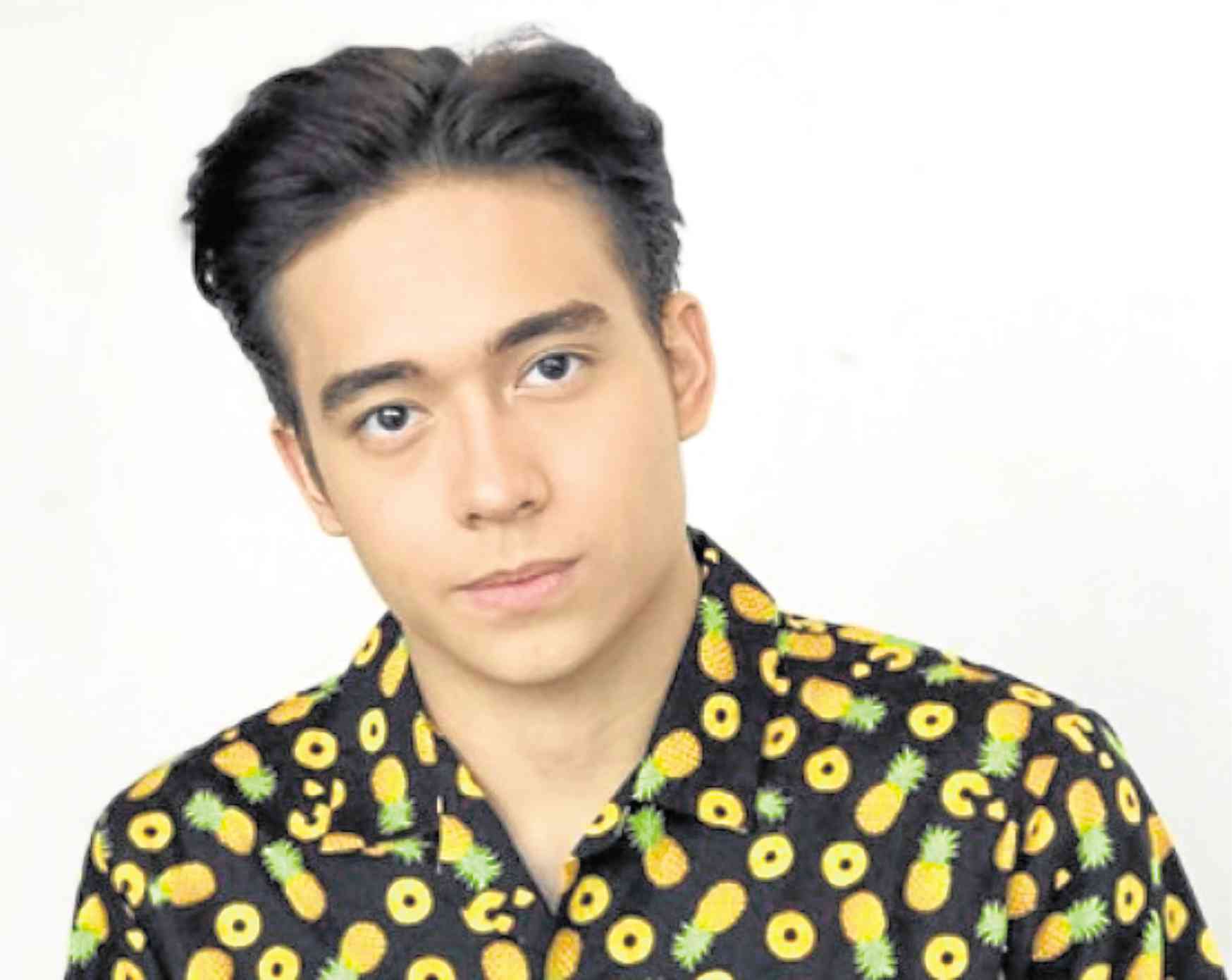 For Jameson Blake, the hardest part about portraying Andrew Estrella in the upcoming drama series, "A Family Affair," was not that the character is a drug addict, but it's how to make the audience empathize with him.

Jameson describes Andrew as the youngest and the black sheep of the family. "Out of the four Estrella brothers, he is the one who always feels left out. As you can see from the trailer, there is a big event where the whole family is involved, but Drew is just there playing video games. Drew craves for attention and, while growing up, he felt that he didn't get enough," the actor told Inquirer Entertainment.

Jameson also admitted that "there is going to be a phase in Drew's life when he would get involved in drugs. That's his outlet whenever he has problems at home. This is also because he is young, curious and often breaks under peer pressure," he explained.

However, Jameson felt it was important to point out that he got help, particularly from his director Raymund Ocampo, in making sure that Andrew and his story become more meaningful. "The character is based on the collective experience of people who went through the same thing. We made sure that the audience would not judge him negatively and understand why Drew is hurting himself physically," Jameson said.

When asked what he wanted the audience to learn from his character, the actor replied: "I want them to remember that whatever they're going through, they should always seek help—this may be in the form of talking to family members, or to someone outside the family whom they feel comfortable hanging out with. The tendency is that they start looking for another outlet, which might not be helpful to them."

Jameson added: "I'm a very good listener, so I think I'm the right person to talk to if they want to vent out. I've actually had friends who eventually reached out to me, those that I didn't get to communicate much with because of the pandemic. Usually, when they ask for help, it's just because they want to talk, so I make sure to be there for them."

The actor, however, said he and Andrew are opposite in terms of personality. "I don't feel left out when I'm with my family; I'm definitely not a black sheep. The only similarity is that, for a time, I didn't consider myself someone sociable. Drew and I are both introverts. That's how I'

What he doesn't like about Drew is that "he will always go through a different outlet when he's dealing with something. He knows that this is not healthy for him, but he still does it."

Since the show is all about family, and everyone celebrated Father's Day recently, Jameson also thought to pay tribute to his own fathers—his stepdad, Fidel Malinaw, who passed away last year; and his biological father, Robin Blake, who is currently based in Hong Kong.

"I pay tribute to my stepdad every single day with the things I do for our family. Let's just say that when he passed away, I became the man of the House, so I have to be more responsible," Jameson pointed out. "I had a lot of memories with him. I learned how to ride a motorbike with him. We learned how to drive a car together. I'm very grateful to him. I remember when I first came to the Philippines, it was rough. My parents had just separated. He was there for us. Basically, I was with him half my life."

As for his biological dad, Jameson said he makes sure to always keep in touch. "He now lives by himself, so I try to chat with him as often as possible. I also visit him when my work schedule permits," said Jameson. "Growing up, I didn't know that my parents were already fighting a lot. They would always show that we were a happy family. I remember waking up, eating popcorn for breakfast—it was my favorite thing to eat—and then watching baseball while seated beside him.

"I appreciate simple stuff like that. Also, when I moved to the Philippines and joined PBB ("Pinoy Big Brother"), I hadn't seen my dad for eight years, but PBB set it up for me. Now, whenever I get the chance to go to Hong Kong, I try to make the most of my time there."

"A Family Affair," which also features Ivana Alawi, Sam Milby, Gerald Anderson and Jake Ejercito, will premiere on June 27 on the Kapamilya Channel's Primetime Bida evening block, as well as on A2Z, TV5, worldwide via The Filipino Channel.

Jameson’s bittersweet memories of his 2 dads have 1140 words, post on entertainment.inquirer.net at June 23, 2022. This is cached page on Travel News. If you want remove this page, please contact us.