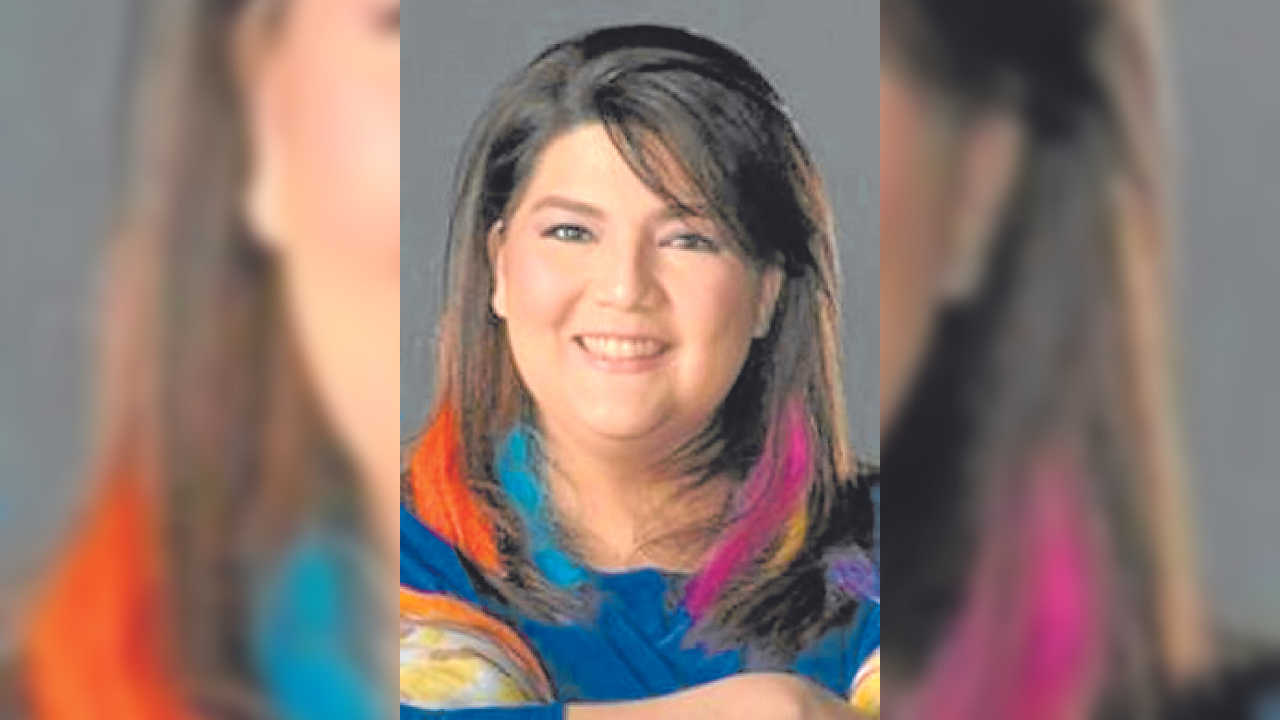 Being part of a show biz clan is a privilege, but also a huge challenge.

This was what actress Arlene Muhlach said she tried to tell her niece Alyssa, who has been getting rave reviews since she first appeared in the KathNiel romantic-comedy series "2 Good 2 be True," as a way to warn the new actress of bashers.

Alyssa is the daughter of Arlene's sister Almira and the latter's estranged husband Bong Alvarez. "To be honest, the girl already has a lot of people around her giving pieces of advice. I don't want to be part of that group anymore. I just told her to do her own thing, love her work, and enjoy it while it lasts. What I've been doing is telling her what to expect from bashers since she is a Muhlach," Arlene told Inquirer Entertainment.

Arlene was the celebrity storyteller of the recent reading session organized by Inquirer Read-Along, which promotes love for reading books to school kids.

"I have a lot of bashers, especially because of my weight issue. They're all so meddlesome! I would often tell them, 'I've been like this for a long time. Why is it that you still haven't accepted it when I already did a long time ago?' Arlene pointed out.

"Alyssa is being bashed because some people don't like the shape of her legs. Enough already! It's not like you're perfect. What's that saying from the Bible again? 'Let he who is without sin cast the first stone.' Who are we to judge or bash other people?" Arlene stressed.

She said the best way to handle situations like this is, "to simply ignore them. Deadma! I would block them. I don't care if I lose all my followers. I do this to keep myself from feeling stressed. I'm just being honest right now. Of course, I am able to read all the comments—you can't avoid that. So instead of feeling bad or getting irritated with the erroneous comments posted on your account, you just block them.

"I admit that there were instances when I would respond. As a result, the discussion would get even longer. But the good thing was that the mommies who follow me would jump in to defend me. They would help me explain my point, especially if the issue being discussed has something to do with my children," said Arlene. "I appreciate them so much. That's why, sometimes, if there are mommies, or their children, who are being bashed, I join to help in the defense. But really, the best advice is not to mind any of them."

As to being part of a big show biz clan, Arlene said it is considered a privilege because it will be easier for a newcomer to become known because of his or her family name. On the other hand, "it is considered a challenge because while we have a matinee idol in Aga Muhlach and a Philippine movie queen in the late Amalia Fuentes, the rest of us have a lot of reasons to feel insecure," she pointed out.

The best solution to this problem, said Arlene, is for other family members to find their own identity in the business. "This was what Aga kept telling me. He also said, 'What's important is that you love what you're doing. Don't wait for an award. I never did, and I never knew I'd eventually get one. Just be passionate about your job and everything will fall into place.' That's what he told me. Wasn't that beautiful advice?" she asked.

Arlene is among the cast of the Regal Films-produced "Mano Po Legacy: The Family Fortune." Prior to this, she was in the long-running action-adventure series "FPJ's Ang Probinsyano." She then recalled her first experiences working in a lock-in set as part of the health protocol during the earlier months of the COVID-19 pandemic.

Working in a bubble

"During those two years that we were on and off lockdown, I felt that I aged so much. Our production team in 'Probinsyano' was the very first in the whole industry to work in a bubble. In fact, we were called the guinea pigs. All the other lock-in sets followed our show's format," she recalled. "Imagine the risk we had to take just to be able to continue working on the program? Tito Tirso Cruz III, who is in his 70s, had agreed to work just for the sake of the industry."

She said other actors were correct in saying they all felt like OFWs (overseas Filipino workers) because they were away from their families for long periods of time while working. "I brought my whole house with me inside the bubble—I have my microwave, a small washing machine, a refrigerator, and a toaster. No one can visit us, not even our families. One month was the longest I've stayed inside a bubble."

Arlene recalled the time she heard of the news that her "Ang Probinsyano" coactor, Susan Roces, passed away. "I was so sad because Tita Sue was not only a coworker. I grew up with her around. She is good friends with my Tita Amalia. I'm close to her daughter, Sen. Grace Poe. It's such a big loss, not for me alone, but for my whole family," she said.

"While on the set, Tita Sue would call me and say, 'Stay with me and tell me stories.' I would then share with her all my worries and all of my family's chismis that I know. Our bonding is very personal. She would patiently listen and then tell me what she thought I needed to hear. I really miss her," Arlene declared.

Arlene Muhlach on why being part of a big show biz clan both boon and bane have 1248 words, post on entertainment.inquirer.net at July 2, 2022. This is cached page on Travel News. If you want remove this page, please contact us.