Mike Litt is U.S. PIRG’s Consumer Campaign Director. The opinions expressed in this commentary are his own. 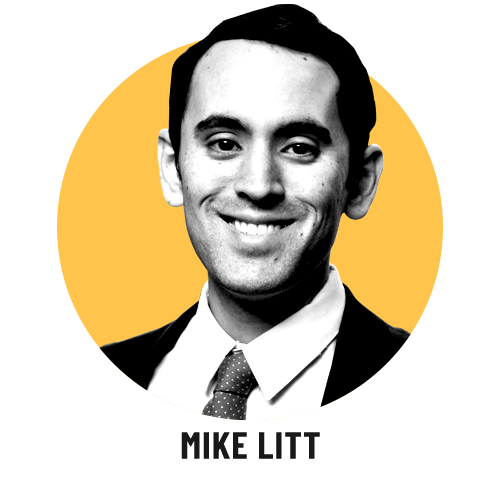 America’s credit reporting system is broken. We saw the latest evidence of this last week, when news broke that Equifax sent lenders millions of incorrect credit scores, some of which were off by at least 25 points, for consumers applying for auto loans, mortgages and credit cards.

US consumers have long complained about mistakes on their credit reports and credit bureaus’ failure to fix those errors . Far too often, people are penalized for mistakes that the credit bureaus or data furnishers made, and irrelevant information — such as a job loss or illness — that doesn’t predict credit default . This can keep people from getting mortgages, good interest rates on auto loans or credit cards or even a job.
We’ve passed the tipping point for an overhaul, but it’s clear that we can’t rely on the credit bureaus to reform themselves. The latest Equifax news should push Congress and regulators to finally implement fixes that consumers and advocates have long called for. That means making credit reports and scores fairer and more accurate and transparent.
Here are some places they can start:

Read More
The big three credit bureaus, which create and house credit reports without our consent, act as the de facto gatekeepers to much of the financial marketplace. Credit scores, which lenders use to determine our creditworthiness when we apply for mortgages, loans and lines of credit, are derived from information on credit reports and calculated using nontransparent algorithms .
These credit bureaus are required under the Fair Credit Reporting Act (FCRA) to “follow reasonable procedures to assure maximum possible accuracy.” However, the Consumer Financial Protection Bureau (CFPB), the federal agency tasked with protecting consumers, continues to find that credit reports include information from unreliable data furnishers, which can mean that often times, the information is incorrect and can’t be trusted.
To ensure information ends up on the right person’s report, the CFPB should require stricter identity-matching criteria than it currently does, such as using all nine digits of a Social Security number to confirm a person’s identity.

The CFPB also has uncovered inadequate handling of disputes , including failure to review all of the information that consumers submitted to contest errors on their credit reports.
Rep. Ayanna Pressley’s Comprehensive CREDIT Act is the gold standard for fixing the credit bureaus. Among other provisions, it would make it easier for consumers to correct mistakes on their reports by creating a new right to appeal the results of a credit bureau’s investigation of a dispute.

In recent years, the CFPB has fined all three national credit bureaus — Equifax , Experian and TransUnion — millions of dollars for using deceptive marketing tactics in the sale of credit scores.
The Comprehensive CREDIT Act would direct the CFPB to establish standards for verifying the accuracy and predictive value of credit scoring models. It would also create a new right to a free annual credit score from each of the national credit bureaus. This would be in addition to the existing right consumers have to access one free credit report each year from each national credit bureau. Auto, mortgage and private student loan lenders would also be required to provide consumers copies of the credit reports and scores obtained to make decisions about lending to them.

Credit reports are supposed to give creditors an accurate sense of whether or not a consumer is at risk for defaulting on future payments. But too often they include information, aside from mistakes, that doesn’t predict credit default , or is due to a particular situation — often health-related — that is no longer relevant.
Opinion: The housing market is slowing down, but homes aren’t getting cheaper anytime soon
Following the March release of a CFPB medical debt report, which found about $88 billion of medical debt sitting on consumer credit reports, the three national credit bureaus announced changes to the way they will treat the reporting of medical debt . Those changes include no longer reporting medical debt that has been paid off and, starting in 2023, no longer reporting any medical debt under $500.
While these changes will provide relief to many Americans, the CFPB’s analysis shows that nearly half of the people who currently have medical debt on their reports still will after all the changes go into effect. Because so many health issues are beyond our control, medically necessary debt on credit reports shouldn’t just be limited — it shouldn’t be reported or considered at all. The Comprehensive CREDIT Act would end the reporting of all medically necessary debt.

Finally, it’s also worth considering the idea of replacing the private credit bureau oligopoly with a public credit registry , which would put the needs of consumers ahead of those purchasing their information by prioritizing accuracy and transparency. It could hold companies that consistently furnish incorrect or incomplete information accountable with fines.
Credit bureaus collect, store and share our data without our permission. It’s time we make them accountable to us, not the companies that pay them to access our (not always accurate) credit information.

Opinion: It's not just Equifax. The whole credit reporting system needs an overhaul have 1065 words, post on edition.cnn.com at August 10, 2022. This is cached page on Travel News. If you want remove this page, please contact us.