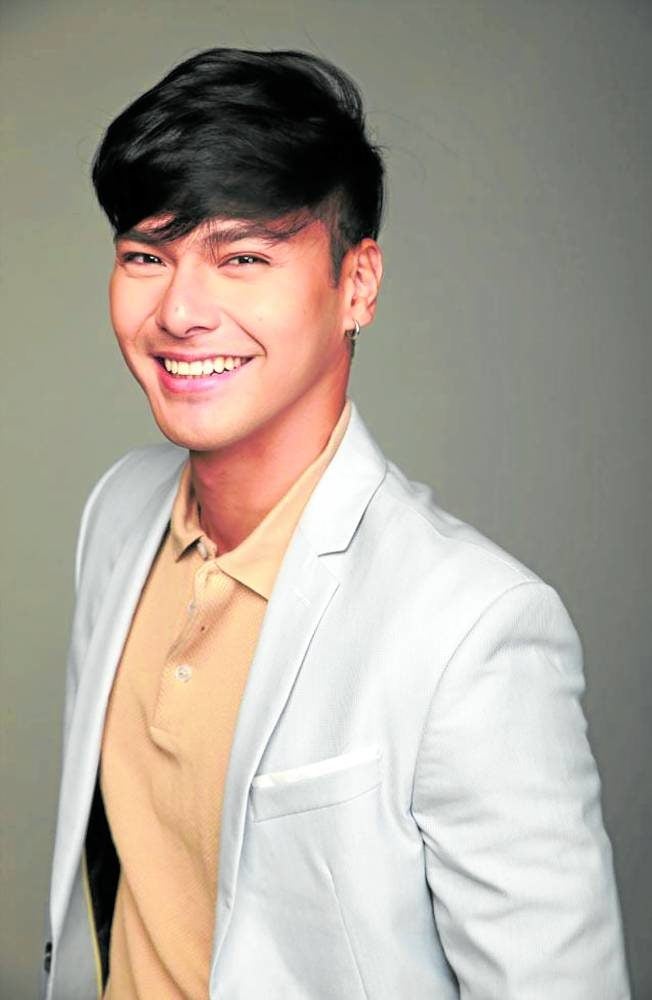 Kristoffer Martin used to think that marriage is just a piece of paper—a formality. But that all changed when he and his partner of seven years, AC Banzon, finally wed each other in a civil ceremony in February.

"At first, I thought, 'Baka title lang. Para masabi lang.' But the feeling was different from what I was expecting … Realizing that I can call her my wife after the ceremony and upon waking up the next morning. It was magic," Kristoffer said in a recent video conference for his new single, "'Di Ba?" (GMA Music).

Now that they have the "Lord's blessing," the 27-year-old talent feels that their relationship has changed for the better. They're more understanding of each other, for one.

"We're more sensitive about each other's feelings. We used to have small misunderstandings, which I tend to make bigger when I'm at the height of my emotions. But now I can quickly see my shortcomings … It's easier for us to apologize to each other," the Kapuso actor said.

"Back then we wouldn't talk to each other for a week after an argument. Now it doesn't even last five minutes," he added. "You set aside your pride."

But more importantly, Kristoffer realized that love should be "intentional." "It's an action word—not just an emotion you let go of when things get tough," he pointed out.

Kristoffer and AC's relationship went through a rough patch in 2020. The two broke up after the actor got romantically linked to a television coartist. But thankfully, he managed to right the ship. Now, his bond with his wife and their 5-year-old daughter is stronger than ever.

Meanwhile, Kristoffer is thrilled to be back recording music, which is his first love. Unbeknownst to many, he started out in show biz by joining in singing contests for kids. "I have been doing a lot of television series as of late, so I really started to miss music. But luckily, just as I was about to bring that up, GMA Music asked me if I wanted to record a new song," he related.

"I came from singing contests. And then Lord opened the door to acting, which I ended up loving in the process," he said.

Composed by Nicholai Basilonia, "'Di Ba?" is about a person in denial; about hoping that the breakup he or she went through is only temporary. "It's a painful song … And the fact that it's written in Tagalog only makes it more heartfelt. The lyrics are just beautiful," he said.

Kristoffer couldn't be more proud about the single, because he didn't just record it; he actually had creative input. "I had input on the arrangement. I suggested adding a bridge with a guitar solo. I had a say on how I wanted it to sound. It feels good to sing a song that has your creative input," he said.

The next goal, Kristoffer said, is to put out new material that he wrote himself. "I can write songs but I have yet to learn how to produce them. I have a lot of songs—some of which I wrote way back in high school. Perhaps I can revisit and rework some of them," said the actor, who's partial to pop, rock and R&B. "I think somewhere in between those genres is my comfort zone."

Kristoffer Martin back to his ‘first love’ have 921 words, post on entertainment.inquirer.net at October 7, 2022. This is cached page on Travel News. If you want remove this page, please contact us.