IN this battle of under-fire managers, Frank Lampard came out well on top.

His Everton side showed character, desire and flashes of quality, eventually, to come back in explosive fashion at St Mary's.

And the 3,000 Toffees behind the goal sang his name loud and proud at the final whistle having only seen their team win away from Goodison once in 20 in the Prem before this.

But Southampton boss Ralph Hasenhuttl is staring down the barrel as Saints crashed to their 14 th Premier League defeat in the last 20.

Joe Aribo's fine finish from the edge of the box gave the hosts undeserved hope early in the second-half.

But a complete collapse saw them behind within five minutes through Conor Coady's tap in and Dwight McNeil's near post rocket. 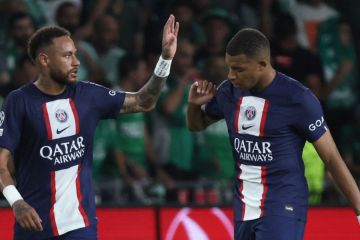 It's now three defeats on the spin for Hasenhuttl who made five changes from Saints' mind-numbing 1-0 defeat at Aston Villa last time out.

With Everton six unbeaten there are positive signs for Lamps but Saints' Austrian boss will have little to fall back on during any grillings from the board after this limp showing.

And in the build-up, many punters felt that may be the most exciting thing about this fixture.

Most read in Sport

JOIN SUN VEGAS: GET A FREE £10 BONUS WITH 100s OF GAMES TO PLAY AND NO DEPOSIT REQUIRED (Ts&Cs apply)

Everton had the better of a scrappy first-half which did not lack action, just quality.

Demarai Gray was the biggest threat but lacked end product.

Mara played Adams in down the right channel five minutes in but the Scottish striker could not poke it home from a tight angle.

Ainsley Maitland-Niles was booked for a foul on Idrissa Gueye.

And Gray's free-kick flew just wide before he whipped a dangerous ball across the six yard box which Saints somehow cleared with Maupay lurking.

There were muted boos from the home fans at half-time. But they turned to cheers, albeit surprised ones, four minutes after the restart.

Che Adams cut in from the left, fed Aribo on the edge of the box and the ex-Rangers man shifted it out his feet before firing into the bottom right corner.

But the home crowd had barely finished their jubilant rendition of "When the Saints go marching in" when Coady silenced them.

Gray floated a free-kick from the left, Amadou Onana rose the highest at the back post to nod across goal and the ex-Wolves centre-back tapped in the easiest goal he will ever score. And only his sixth in the Prem.

Hasenhuttl looked stunned but that was nothing compared to his demeanour just two minutes later.

Alex Iwobi dinked a ball in from the right, Onana went down under a push in the back from Kyle Walker-Peters with Everton screaming for a pen.

But with Walker-Peters out of position, Andre Marriner played a brilliant advantage and it fell to McNeil to smash a near posy rasper into the roof of the net.

It was bedlam in the away end as fans exchanged pleasantries over the security netting – prompting the PA announcer to remind supporters "CCTV is in operation and is being monitored".

Everton could and should have sealed it moments later when Onana headed wide from 12 yards.

And how they would have rued it if second-half sub Adam Armstrong hadn't somehow fired wide from 15 yards with 19 minutes to go.

Some heroic Everton blocking followed as Saints turned the screw and peppered shots at goal in a frantic scramble.

But as six minutes of stoppage time were shown, it never really felt like the Toffees would succumb.

Even when Duje Caleta-Car ghosted in at the back post and diverted over the bar at the death.

Things are looking brighter for Lamps, but it could be a dark winter for Hasenhuttl unless something changes fast.

Lampard made three changes to the team which beat West Ham for Everton's first win of the season.

Three Lions keeper Jordan Pickford was welcomed back in place of Asmir Begovic after a thigh injury picked up in the 0-0 against Liverpool on September 3.

Southampton 1 Everton 2: Toffees score two in two minutes to secure comeback win and heap pressure on Ralph Hasenhuttl have 1016 words, post on www.thesun.co.uk at October 1, 2022. This is cached page on Travel News. If you want remove this page, please contact us.