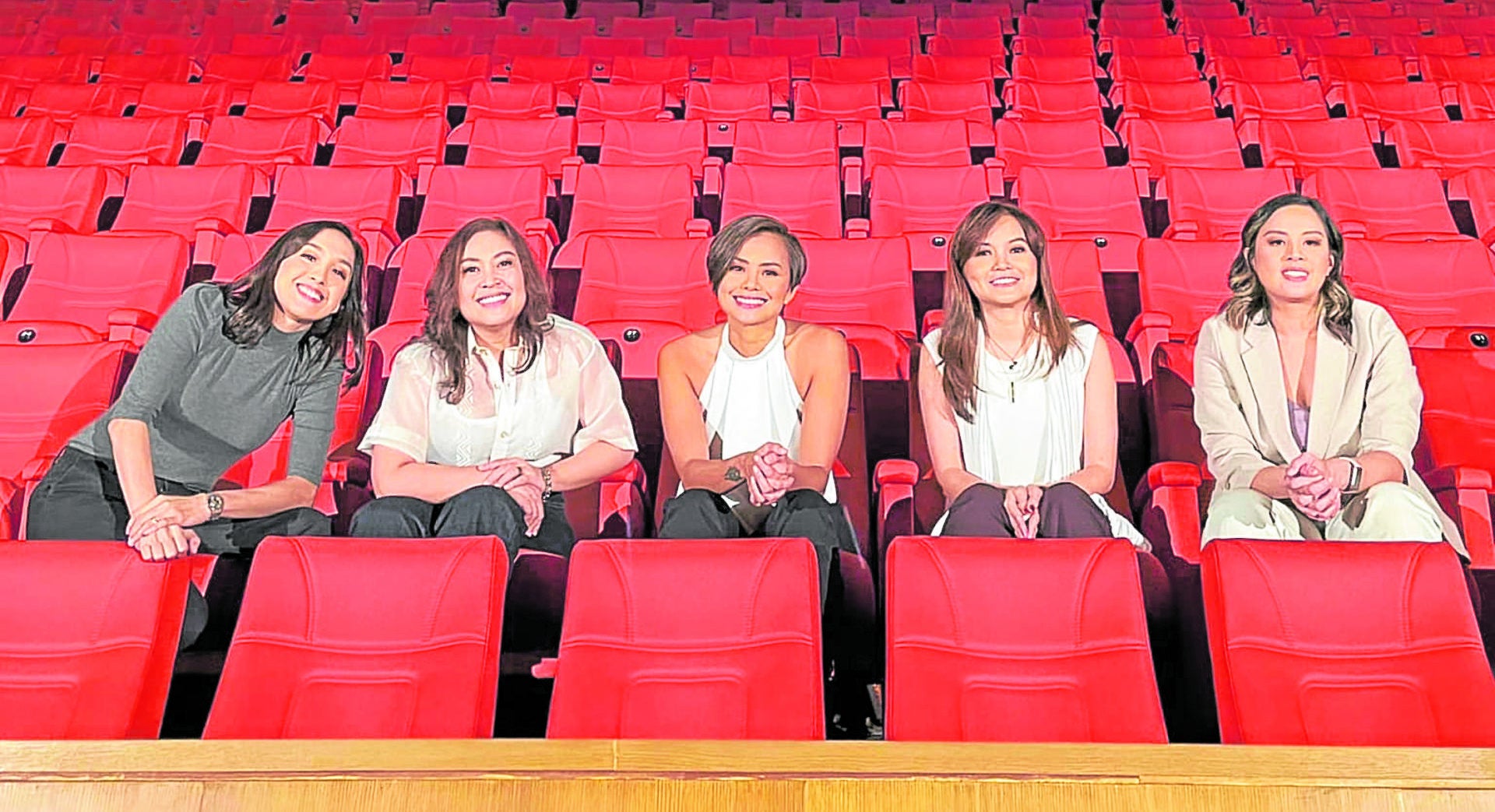 While there was a time when their songs wrestled in the charts and vied for awards, Barbie Almalbis, Acel Bisa, Lougee Basbas, Kitchie Nadal, Hannah Romawac and Aia de Leon saw each other not as competition, but as inspiration.

"We started playing music as a hobby, as something we enjoy. We didn't become singer-songwriters because we wanted to win a contest. We just wanted to make music. But somehow, the music industry is that way with all the awards and things like that. And it's honestly challenging as artists to be suddenly thrust in that kind of mindset."

"Thankfully, we have always been friends ever since. We try not to take it seriously. After everything, it's all about enjoying music," Barbie (Hungry Young Poets, Barbie's Cradle) said at a recent press conference for the upcoming one-night concert "Tanaw," which she will coheadline with the aforementioned artists.

For Lougee (Mojofly), it's a blessing to have contemporaries who drive you to be better. "We draw inspiration from each other. Watching them gives me ideas on how to improve my music and performances," she said.

"It's truly such a privilege and honor to be with these artists. We really root, support and cheer for each other," Acel (Moonstar 88, Orphan Lily) said. "We grew up in an era together, we paid our dues together. We share a profound joy making music, writing songs and performing them in front of a live audience. We have never braved a celebration of scale together before, and I feel very blessed to be a part of this," Aia (Imago) said. "There's no other group of people who will have understood the fullness of my life, in every aspect, except for these ladies,"Hannah (Session Road), on the other hand, related that seeing Barbie's continued success—even as a solo artist—inspired her to do the same. "So when I wanted to make my own music already, I saw Barbie onstage doing her own thing. I was like, 'That's what I want to do,'" she recalled. These six alternative rock icons used to bump into each other during shows and festivals and bond over jamming sessions. Now, they reunite with more than just shared passion for music. Motherhood, they said, added yet another layer to their friendship.

"Motherhood made my relationship with them richer. We understand each other better," Aia (Imago) said.

"There are now more parallels, connections, with music and motherhood. We relate to each other in that sense," Hannah said. "We also love sharing our music with our kids. It's such a gift. I get kilig when my daughter says she wants to hear my songs, that she appreciates them."

Mounted by Gabi na Naman Entertainment, "Tanaw," which will be held on Nov. 26 at The Theatre at Solaire, is a long overdue gathering of these six musicians who helped the music of the late 1990s and early 2000s. Fans can expect "a vibrant and dynamic setlist that cuts across multiple generations and a show that highlights their "hard-earned legacies."

There won't be a moshpit. But they hope the crowd to be as fun and rowdy as they are during regular gigs. "We want them to enjoy themselves. We want them to come as they are. It's a moment to relieve our high school or college days. We would like to feel that energy again," Lougee said.

But "Tanaw" is as much about looking forward as it is about looking back. "To be a musician, you have to stay a music fan. And that doesn't stop. We're still very eager to learn from new artists… and incorporate new things into our music, which is exciting. We look forward to shows like this because we feel like we always have something new and fresh to share with our listeners," Barbie said.

6 female rock icons reunite for ‘Tanaw’ concert have 1002 words, post on entertainment.inquirer.net at November 24, 2022. This is cached page on Travel News. If you want remove this page, please contact us.