Anthony Davis erupted for a season-high 55 points, four shy of his career high, and recorded his 10th consecutive double-double with 17 rebounds as the Los Angeles Lakers raced to a big lead and then held off the host Washington Wizards, 130-119 on Sunday.

The Lakers scored their fifth win in the last six games, third win in a row, and fourth consecutive road victory with Sunday's decision. Davis has been electric throughout Los Angeles' resurgence, and the defeat of Washington was his strongest performance yet.

He shot an eye-popping 22-of-30 from the floor, was 9-of-9 at the free-throw line, and did his part in staving off an attempted fourth-quarter rally by the Wizards with a 6-of-8 shooting performance in the period. Sunday marked Davis' second straight game with 44 or more points.

Lonnie Walker finished with 20 points on 7-of-10 shooting from the floor for the Lakers. LeBron James added 29 points, eight rebounds, and six assists. Russell Westbrook came off the bench to dish 15 assists and grabbed seven rebounds. Washington shot 49-of-105 from the floor, including 10-of-39 from 3-point range. Kristaps Porzingis finished with 27 points and nine rebounds, and former Laker Kyle Kuzma had 26 points. 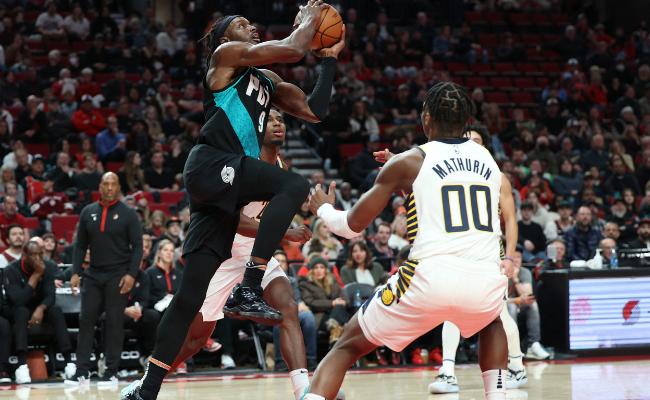 Jerami Grant scored 28 points, and Damian Lillard had 21 points, and six assists in his return to the lineup as Portland cruised to a victory over visiting Indiana.

Lillard missed the previous seven games due to his second right calf injury. He was 5 of 10 from 3-point range and was 7 of 16 overall in 32 minutes. Anfernee Simons made five 3-pointers while contributing 22 points, and six assists as Portland won its second straight game after losing seven of its previous eight.

Deandre Ayton scored 25 points and grabbed ten rebounds, and Mikal Bridges added 20 points, 17 of them in a dominating first half, as visiting Phoenix produced a win over short-handed San Antonio.

Phoenix got back on track after having a six-game winning streak snapped by Houston at home on Friday. Devin Booker had 20 points for the Suns, with Dario Saric scoring a season-high 17, Jock Landale hitting 12, and Landry Shamet adding 10.

The loss was the 11th in a row for the Spurs, their worst losing streak since they lost 13 straight in 1989. San Antonio was led by Keldon Johnson's 27 points, while Devin Vassell had 14. 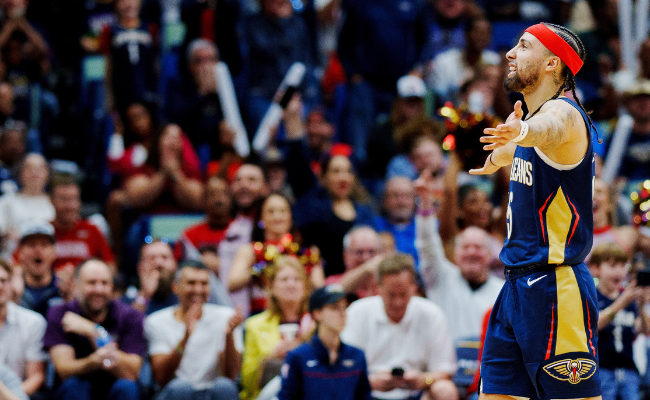 Nikola Jokic had 32 points and 16 rebounds, Aaron Gordon scored 19 points, Jamal Murray had 18, and Bruce Brown had 13 for the Nuggets, who lost their second straight after a four-game winning streak. 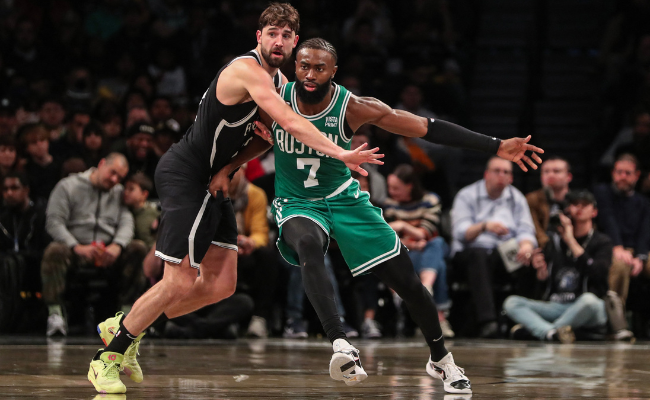 Jaylen Brown totaled 34 points and ten rebounds as Boston struggled in the second half before pulling away in the final minutes for a victory over Brooklyn in New York.

Jayson Tatum bounced back from being held to a season-low 14 points in Friday's overtime loss to Miami and added 29 points to go along with 11 rebounds.

Kevin Durant scored 31 points for the Nets but also committed four of his eight turnovers in the fourth quarter. Kyrie Irving added 18 points but shot 7 of 21.

Ja Morant had 33 points, 10 assists, and Memphis never trailed while dispatching host Detroit for its fourth win in its last five games.

Jalen Brunson scored 23 points, and Julius Randle had 18 points, and eight rebounds as New York snapped a five-game home losing streak with a win over Cleveland.

Donovan Mitchell led Cleveland with 23 points, Darius Garland added 17, and Evan Mobley tallied 11 points and 10 rebounds. Cedi Osman had 10 points for the Cavaliers, who shot 34.9 percent from the field and 8 of 35 (22.9 percent) from 3-point range.

Gifts for Dads Who Have Everything

Monk had a team-high 20 points, and Sabonis grabbed a game-high 17 rebounds to go with 11 points and a game-high 10 assists, propelling the Kings to a third straight win.

Zach LaVine almost single-handedly kept the visitors in the game with 41 points, but he couldn't prevent the Bulls from suffering a third straight defeat to wrap up a 2-4 trip.

Subscribe to our newsletters! Get updates right into your inbox

Moon Drop Grapes: Everything You Need to Know
Pepsi wants you to drink soda mixed with milk for the holidays
Justin Bieber launches clean water company 'Generosity' at the World Cup

Anthony Davis scores 55 points in Lakers’ win have 1120 words, post on usa.inquirer.net at December 5, 2022. This is cached page on Travel News. If you want remove this page, please contact us.